Santa Cruz City Council Agenda Items on eviction of the Benchlands into the doorways, roadsides and woods of downtown Santa Cruz.

The Public Comment period for the below item will be for items 19.1 and 19.2.

Group requests for extra speaking time will be limited to a total of three (3) groups, with an allotment of 3 minutes each.

Requests for extra speaking time must be emailed to the City Clerk and Mayor Brunner by 5:00 p.m. on Sunday, August 21st. Approval will be on a first come, first serve basis, and will be confirmed via email. sbrunner@cityofsantacruz.com bbush@cityofsantacruz.com

Public comment will be limited to no more than a total of 30 minutes. Each speaker will have 2 minutes.

Authorize the City Manager to execute an emergency procurement Agreement, in a form to be approved by the City Attorney, between the City of Santa Cruz and Clean Team Associates in the amount of $280,000 to remove encampment debris in the San Lorenzo Park Benchlands.

Young and Homeless in Rural America

And, surprise! That’s when homelessness started to skyrocket.

arrest in a city park prevented her from doing her job to cover a police sweep of a homeless camp. 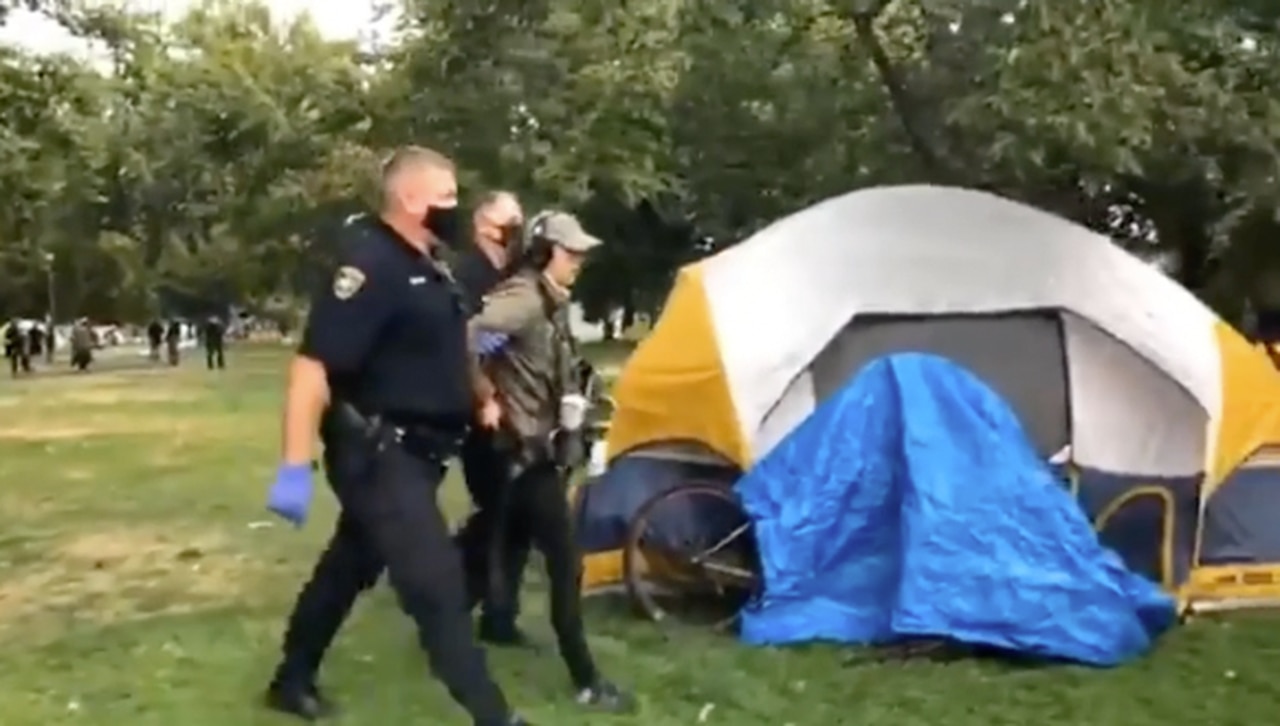