Portland, OR. New Zine!! — Dirty and Dangerous: The Story of Clean & Safe 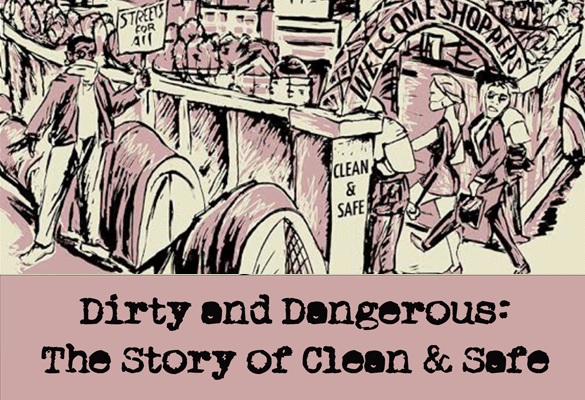 Clean & Safe is one of Portland’s three Enhanced Services Districts (ESDs). ESDs are Portland’s version of what are commonly known as Business Improvement Districts (BIDs) in other cities. Clean & Safe is the oldest and largest ESD in Portland, encompassing 213 blocks of downtown and Old Town. They receive $5m annually through ESD property management license fees collected by the City and distributed to Portland Business Alliance who manages the ESD. The vast majority of funds go to private security, extra Portland Police officers (who are managed by the private security company) and contracts with the District Attorney’s Office. Clean & Safe formed in 1988 during the rise of neoliberalism, when public space services increasingly became privatized. It formed as a response to the growing number of unhoused people in downtown and is still used today to push homeless people out of public space. #EndCleanandSafe

Dirty and Dangerous: The Story of Clean & Safe. ONLINE DOWNLOAD >>>>>>

Dirty and Dangerous: The Story of Clean & Safe. PRINT DOWNLOAD>>>>>>

Clean & Safe’s ten year contract is up for renewal in September 2021. A community coalition is organizing against the contract renewal. You can learn more at: endcleanandsafe.org

“Much Ad o About Money” video