At 8:00am in Albany, Oregon, James Plymell was approached by a community service officer, who noticed that Plymell’s vehicle was obstructing part of a side street wedged between a row of store-backs and some railroad tracks. Plymell explained that he had run out of gas. At first, the officer offered to help him push the car off the road, but quickly called local police after he noted Plymell’s belongings stacked in his car, his soiled sweatpants, and his palpable nervousness. At 8:51am, James Plymell was lying dead on the pavement.

What happened in the span of those fifty-one minutes? On record, twenty minutes were spent trying to resuscitate Plymell after he’d been tased three times and forcibly restrained. Prior to that, it would seem that Plymell’s only crime was being visibly homeless. In Oregon, there are 225 city and county ordinances around the state that target eating in public, sleeping in public or resting in public places. An egregious amount of time and resources are spent enforcing these ordinances – in 2019, people living on the streets accounted for over 50% of total arrests made by the Portland Police and nearly 40% of jail bookings; this figure becomes more alarming in light of the fact that homeless people make up less than 1% of the overall population in Multnomah County.

This discriminatory pattern– in which laws that will inevitably be broken are created and then brutally enforced– is as American as apple pie: the United States has a long, well-documented history of local governments using their authority to implement local time, place and manner restrictions to target “undesirable” populations and remove them from public space, be it Sundown Towns, anti-Okie laws, or Ugly Laws (which criminalized people with disabilities).

In extreme cases, the underlying idea that the targets of such laws are disgusting or immoral means that people like James Plymell are allowed to be killed with little to no consequence. Initiatives that infringe on the most basic human and civil rights are, in fact, a dangerous and destructive attack on the only thing that very poor people have to call their own — their humanity.

Efforts to address poverty in Oregon via targeted policing strategies have only ramped up in recent years, and yet the number of people living unsheltered continues to increase. In fact, according to the ACLU of Oregon, criminalization further entrenches people into poverty. Once people accrue “quality of life” violations, it becomes immensely more difficult for them to access essential resources designated to help them: “Even minor crimes can lead to serious consequences, including the loss of a job or the denial of employment, housing, government benefits, and treatment and services” (ACLU Oregon, “Why the Right to Rest is the High Road for Oregon,” pg. 19). 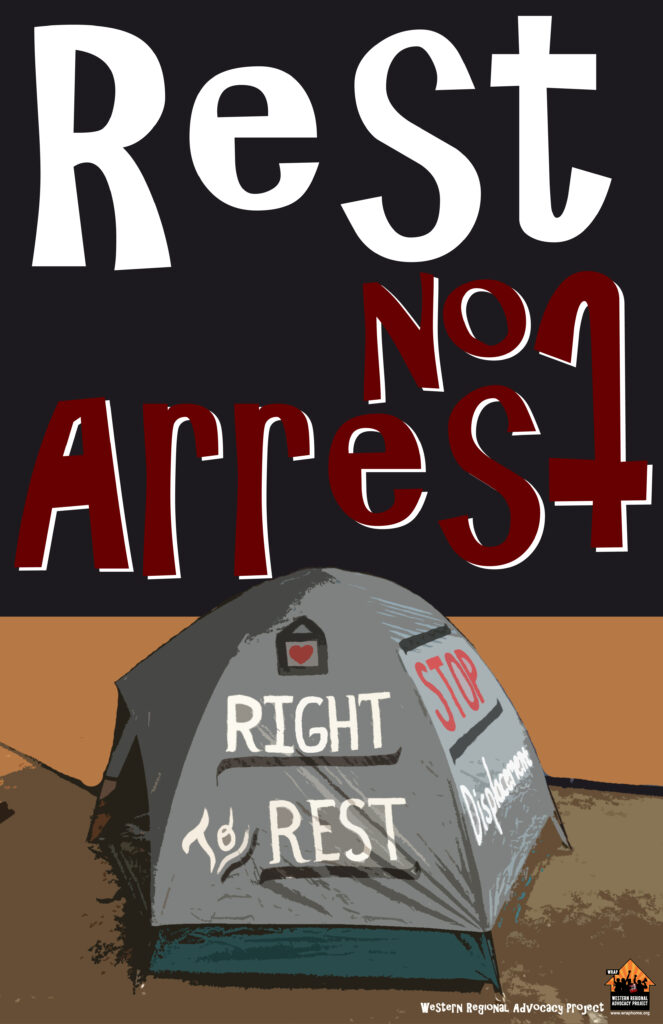 We must end discriminatory laws and enforcement before we can address homelessness in our communities. On March 9th, the Right to Rest Act will be heard by the House Judiciary Committee in Oregon at 1:30pm. This Act, also known as House Bill 2367, would directly challenge laws around the state that criminalize rest and outlaw sleep. The Right to Rest Act comes at a critical moment in Oregon, in which the population is surging but housing production (let alone affordable housing production) is at an all-time low.

As long as policing remains the first, and in many cases the only response to homeless people who are experiencing mental health crises, using drugs, or simply existing in public space as James Plymell was, we will not be seeing the “end of homelessness” anytime soon.