Earlier this summer, law student interns with the Systemic Justice Project worked with local organizers to create Know Your Rights pamphlets for all ten of the communities banded together in the Stop the Sweeps campaign. Over the course of their research into local ordinances and Constitutional protections, each of the interns remarked on how — while technically and theoretically unhoused people maintain rights the state must adhere to — basic civil rights are uniformly ignored, violated, and worked around. Court decisions that are supposed to protect the rights of unhoused people often lead to the opposite outcome: a whack-a-mole strategy in devising schemes to fuck with them. People who are unwanted in public because they are homeless are stripped of the straight-forward claim to their right to exist in public spaces. When local governments want you out of town, they have access to a plethora of business associations and city attorneys working with them on ways to evade the law, carefully calculating how far they can go in making sure people understand they are not wanted. One of the most enduring strategies is to steal people’s shit and criminalize them for being in public spaces.

Local governments try to justify sweeps in all sorts of ways, but their true design is to remove the visible presence of unhoused people. Even cops will admit that sweeps are driven by complaints from local governments under constituent pressure to remove people, or complaints directly from the mouths of homeowners and businesses themselves about “those people” in their neighborhoods. The singular, planned outcome of a sweep is the physical removal of human beings from one place to somewhere else — anywhere else. There is no other benefit derived from this violent community destruction, from removing people from the place they have settled to survive.

“Sweep” is a euphemism for “kicking someone’s ass”. To those who are fortunate enough to be unfamiliar with sweeps, the word may sound gentle, but it’s eradication, displacement, and eviction through physical force. All sweeps follow the same routine: public works staff and police department personnel arm themselves with a dump truck and make sure people with no housing understand they need to “get the hell out”. They need to go somewhere else. And so people keep moving until the process repeats itself, maintaining a constant level of misery and discomfort to keep people moving until they give up and uproot themselves all together. 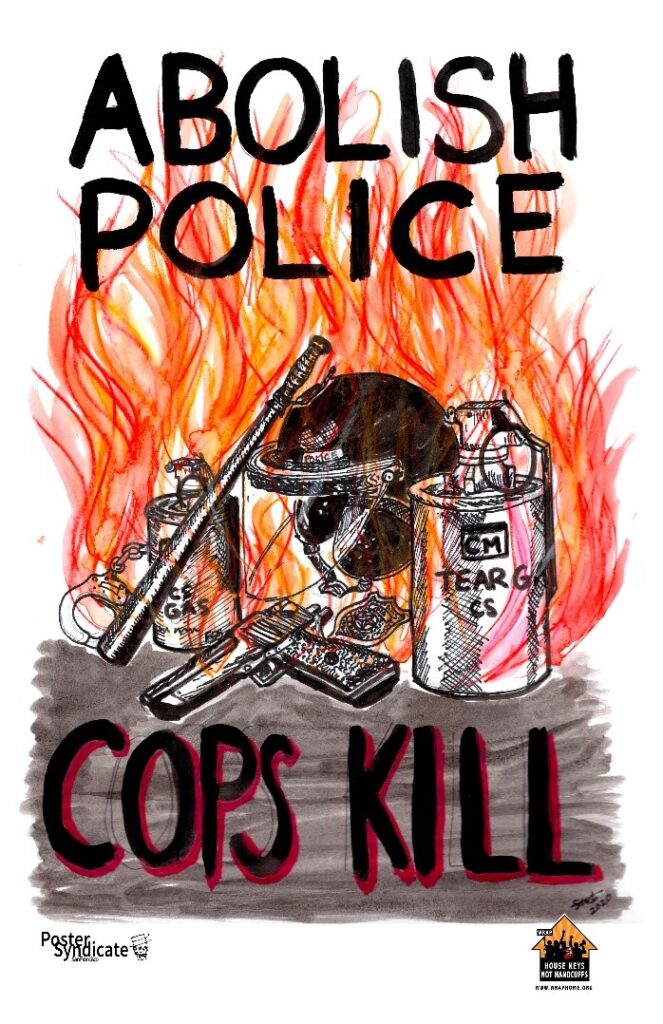 Over all these years, the people who are living unhoused in local communities have changed, the homeless programs have changed, and the intake systems have changed. All other elements of the crisis have changed form or been redefined, apart from the basic concept of sweeps. t its core, homelessness is the product of racism and gross neglect by the federal government, exacerbated over four decades by local responses that continue to treat homelessness as though it were a temporary emergency that can be addressed by emergency shelter programs.

For thirty-seven years, the government has responded to this systemic, nation-wide crisis as though it were an earthquake, flood, or fire: an unpredictable and unstoppable act of nature. Homelessness is not an emergency or unforeseen crisis — it is the inevitable result of neoliberal policy and funding decisions that devastate BIPOC and low-income community members.

Since the federal government is the primary source for funding of homeless programs, under their control HUD, state, and local governments have for decades put out bells and whistles and non-solutions (ie programs) funded through a competitive yearly grant process with all manner of slogans and catchphrases, point-in-time head counts, homeless management information systems, and the routine flurry of reports pronouncing how effective and accountable these “programs” are.

Of course, access to these programs and the priorities for who they serve are completely predetermined by the funding source, HUD, which also then decides who gets the funding. That funding source is the federal government that created this shit in the first place. The people who don’t fit into these predetermined homeless programs are labeled either “service resistant,” not worthy of assistance, or else they’re flat-out outliers, even though these outliers far outnumber the people who fit within the program rules. Federal callousness and local unwillingness to force a federal response to address the root cause behind homelessness has concretely pathologized homeless people as the “problem.”

People need a concrete opportunity to get housing. The fact that the programs available are wholly inadequate has perversely translated into a narrative built on language of disease and dehumanization. The problem is always explained away as drug addiction, mental illness, abuse, service resistance, fear, danger, voluntary lifestyles, or people who have come from somewhere else. This language is persistently ingrained into the collective narrative, from government, business associations, neighborhood groups, news media and television shows. We hear stories about people who are homeless by choice, and read newspaper articles about neighborhoods stricken with drug users, urine, feces, and filth. 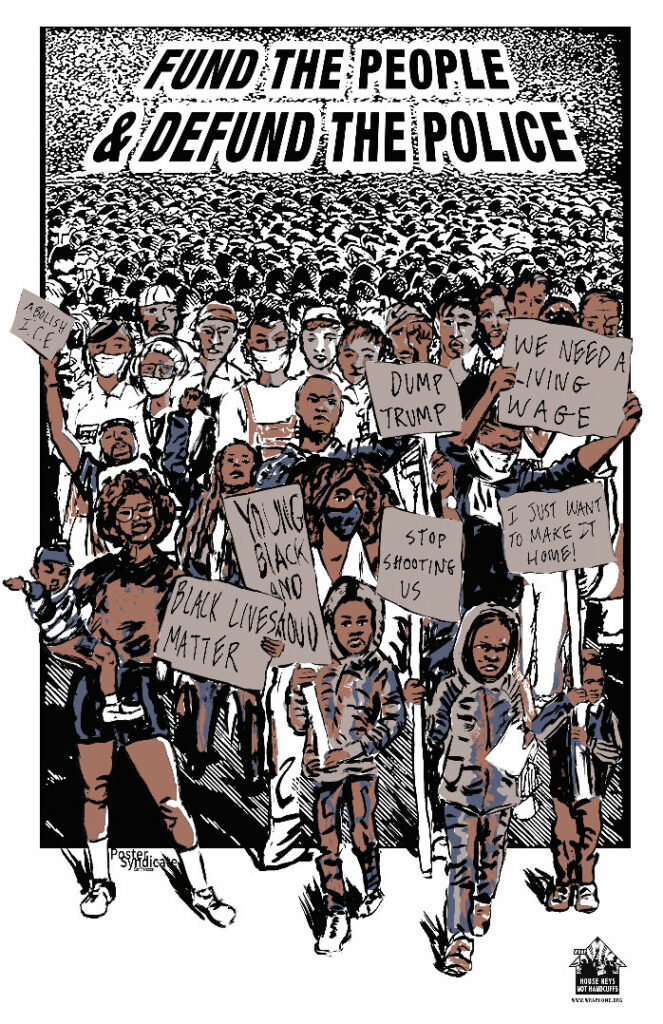 It’s as if life before 1982 never existed. When people had a choice between sleeping inside and sleeping outside, they obviously chose to sleep inside! It wasn’t always good housing, and the publicly funded units overwhelmingly benefited white people, but it existed. We didn’t have homeless programs back then, and no one was clamoring for them, because no one needed them.

The people who live outside, who are trying to protect themselves from the elements, trying to build community with their neighbors and community members where they live, are seen as, treated as, and acted upon as though they are dangerous. They are whatever fear mongering name the neighborhood association or business improvement district has labeled them as on any given day. And they’re always from somewhere else.

The organizers and community members who have joined forces through WRAP on the Stop The Sweeps campaign are organizing to address the true issues of homelessness – not in a pronouncement, but in a concrete and systematic way. First and foremost, we protect and organize alongside the people who are homeless. If you say you care or that your organization wants to end homelessness, and yet you aren’t outraged when people are arrested for being homeless, then you need to check your morals. Your organizational compass is off.

Among us, we have housed and unhoused organizers, artists, advocates, researchers, lawyers, students, writers, a strong social media presence and a diversity of skill sets, all operating with the same commitment: in order to get real about addressing homelessness in America, we need to get real about how we have demonized, dehumanized, and criminalized the presence of unhoused people in our local community. We need to use our organizing to support meaningful legislation to restore federal funding of affordable housing (such as Rep. Ilhan Omar’s H.R. 5244: Homes for All Act of 2019) at the federal level, and the Right to Rest Act at the state or local level to stop the criminalization of community members that local governments have a history of targeting with patterns of discriminatory laws and discriminatory police enforcement. 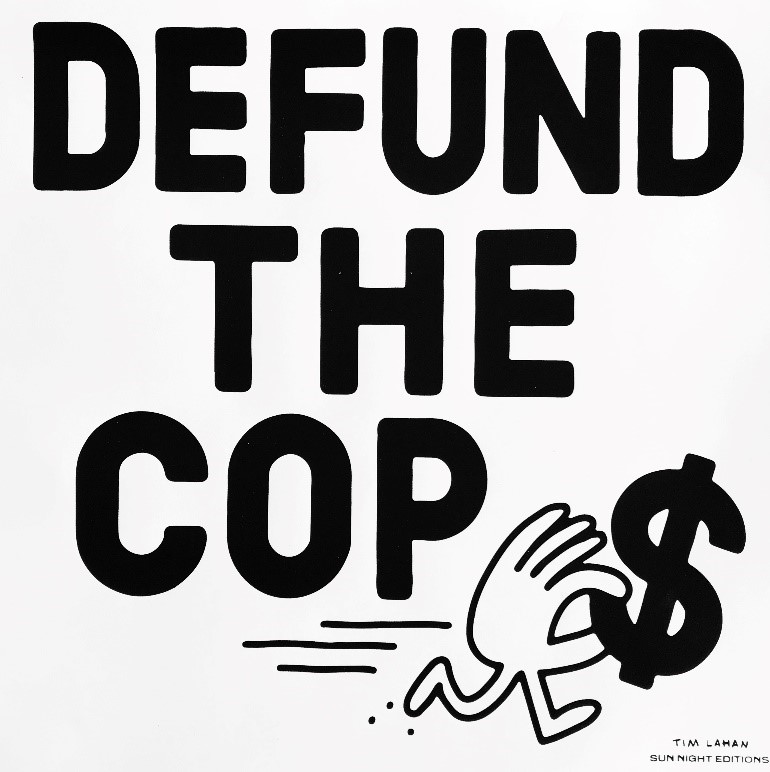 This campaign fights in solidarity with and stands alongside BLM and all the anti-rascist, anti-facist warriors demanding true systemic change and that society start treating human beings as though every human life has value and worth. The beauty of it is that this is not a lock-step campaign. We don’t need to have the same name, bylaws, and operational procedures. We are not a corporation. We are communities united by a firm commitment to being in it with housed and unhoused people, meeting people where they’re at, with a fearless stance in prioritizing and standing arm in arm with the people most villainized and attacked in our society.