The Time to Organize is Now!

If ever there was a time to organize, it is now. Property and business owners are creating private “Business Improvement Districts” (BIDs) to police downtown areas across the country. The stated goal is to “improve” these neighborhoods for “visitors and businesses.” The effect is to remove “undesirable elements” from downtown business and tourist centers.
BIDs hire security teams (sometimes ironically called Ambassadors) that patrol public spaces, often augmented by off-duty cops in full uniform and with full police authority. 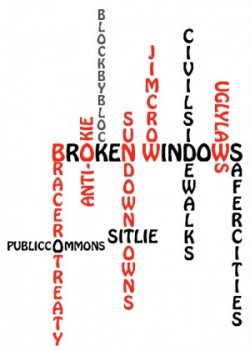 New City America is a major promoter of BIDs. Block by Block is a major supplier of security. Their names say it all: create new cities block by block.
Local governments, desperate to keep business happy, support these moves. If you are poor or homeless or disabled, a youth of color, or a street musician, you are no longer welcome in what used to be public space.
WRAP and our allies took the unprecedented step of documenting 1,527 homeless people’s interactions with local police, private security guards, and the criminal justice system in 17 cities in 8 states. All respondents participated in the surveys for the opportunity to speak “unfiltered” to the broader community about what is really happening on our nation’s streets to poor, disabled, and homeless community members.

More than three-quarters of survey respondents (81%) reported being harassed, cited or arrested by police officers for sleeping outside, (76%) reported the same for sitting or lying down and (74%) for loitering or simply “hanging out.” These were far and away the top crimes for which homeless people were charged. A sad corresponding fact is that only one quarter of respondents (25%) believed that they knew of safe, legal places to sleep.
Sleeping, standing and sitting: the new crime wave in this New City America. Urban removal is being carried out block by block by Block by Block.
BIDs are new symbols of the “bad old days” of racial and economic segregation. They came back under the radar, in the conference rooms of corporate America and the chambers of City Halls, but they are back.

Join us over MLK weekend to bring national awareness to this growing form of segregation. From Oregon, Colorado and California we will come together with in solidarity with a broad based national organizing campaign to rebuild new cities in America that respect and value us all, block by block. 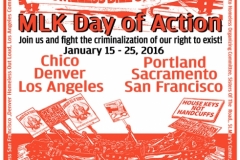 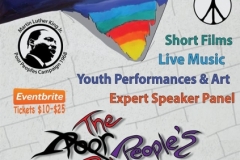 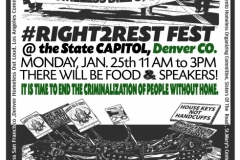 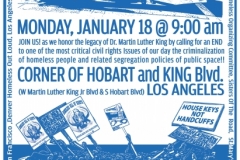 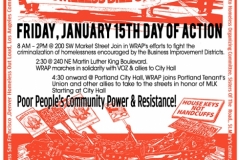 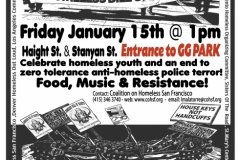