boona cheema was the Executive Director for Building Opportunities for Self-Sufficiency (BOSS), where she served for 42 years, 38 as the Executive Director . She is currently on the Board of Directors of WRAP and Causa Justa/Just Cause, She has also served on the boards of Oxfam America, Seva Foundation, Food First, Eureka Communities and Encampment for Citizenship.

Tell us about the beginning of WRAP? 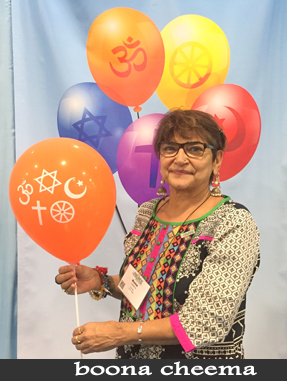 I had been part of California Homeless Coalition, and then California Homeless and Housing Coalition and then Housing California. Through that whole time many of us thought the voice of the constituency was weak. We did our share of direct action and then a few of us would do political action while folks were doing their policy work in Sacramento. In terms of having legitimacy, between BOSS, LA CAN and the San Francisco Coalition, there was a core group that felt all along that policy was not informed by the voice of the people who were most impacted. And we fought for that. Before WRAP we were identified as the rabble rousers, obstructionists, all kinds of names.

We started talking about that we needed to start something of our own. That’s when Paul stepped forward with a concept paper for WRAP and said “let’s do this”. We met for the first time as WRAP in the BOSS offices in 2005. The core members were first from Seattle, Portland, San Francisco, East Bay (Oakland and Berkeley) and Los Angeles. The commitment was so high and the work that’s been done in 10-years shows how much we have really accomplished. Not big headlines but slow and steady progress toward a particular goal. All done without losing integrity. WRAP always reflects and asks “is this in line with our core goals?” We’ve not wandered off because something else seemed easier to do or for any reason. People really hung in here. And slowly we have had big impact. The anti-criminalization work coming out of the DOJ and HUD would probably not have happened without WRAP’s research and hard work. The tiny window has opened.

Why is WRAP so important?

Taking it to the state level, doing the multi-state work is important. But in the long term, the impact shows itself in the “Without Housing handbook,” all the research and educational materials. This is very important. It changes the dialogue about poverty and homelessness. Letting the art show the work. We’ve captured through art what have been the toughest issues for our people. I don’t always agree with all the art but I agree with the practice. The people attracted to WRAP have a sense of sincerity. People have really gotten to know each other across the areas. Its expanded the community of who we are- revolutionaries, together. How else does one say it? We’ve committed our lives. Something better has to happen. Looking at these needs as rights is our strategy to both protect people and point out the violence of the system.

What would be different if WRAP did not exist?

Because WRAP exists the mainstream folks have had to pay attention to what WRAP is saying and had to be more aligned with that because it’s research-based. Without WRAP the “housing industry” would just keep doing what it’s doing and taking the money. WRAP has been a reminder that they do not represent the voice of the people. Now, in part because of WRAP, there are so many folks who are homeless and formerly homeless across the system. It is getting voiced. It may not be as authentic as it should be, but it’s happening and it’s creating real change because it’s powerful.

When you look to the future, what is your hope for WRAP for the next 10 years?

We haven’t yet really had the kind of victory that we are hoping. I do see that happening. I don’t know what state it will be. But the message we have and the information that housing is more important than wars, of course, just makes sense. If we stay with what we are committed to doing, it will happen. That’s just my belief system. Once you put something in motion that’s that powerful, once the dialogue is changing, then it will happen. We just have to stand strong and we also need to fight the “we will always have homeless people.” WRAP’s role is to keep people from being delusional. Just keep calling on the truths, calling out the delusion. It has to happen. And then we will have a really big party.