Unhoused community members in Boise, Idaho are fighting back in protest of continued criminalization in spite of the Ninth Circuit Court of Appeals decision in Martin v. City of Boise.

The protest, Operation Hope Ain’t Goin’ Nowhere, has occupied the Idaho State Capitol Mall for five weeks. This is in the face of continued police and vigilante harassment in the form of property seizure and projectiles being thrown at protesters.

In spite of the Martin decision clearly stating criminalizing homelessness is a violation of the Eighth Amendment without available shelter, cities across the country have continued to cite, harass, ticket, and arrest people for basic acts of survival, revealing the limitations of using the judicial system in the fight against criminalization of homelessness.

The Judge stated if there are no “practically available” shelter beds for those who need them, “the Eighth Amendment prohibits the imposition of criminal penalties for sitting, sleeping, lying outside on public property for homeless individuals who cannot obtain shelter.”

The police and authorities in Boise are engaging in an often used pattern of using gospel missions or other oppressive shelter programs, where beds are empty either because of deliberate intention of service providers or the absolute reality that these programs do not meet the needs of the vast majority of individuals living without housing.

Rather than addressing the fact people won’t use these programs for legitimate reasons, they are allowed to continue to operate in an oppressive and unwelcoming manner in order to appease local officials who want to push poor and homeless people out of public space. 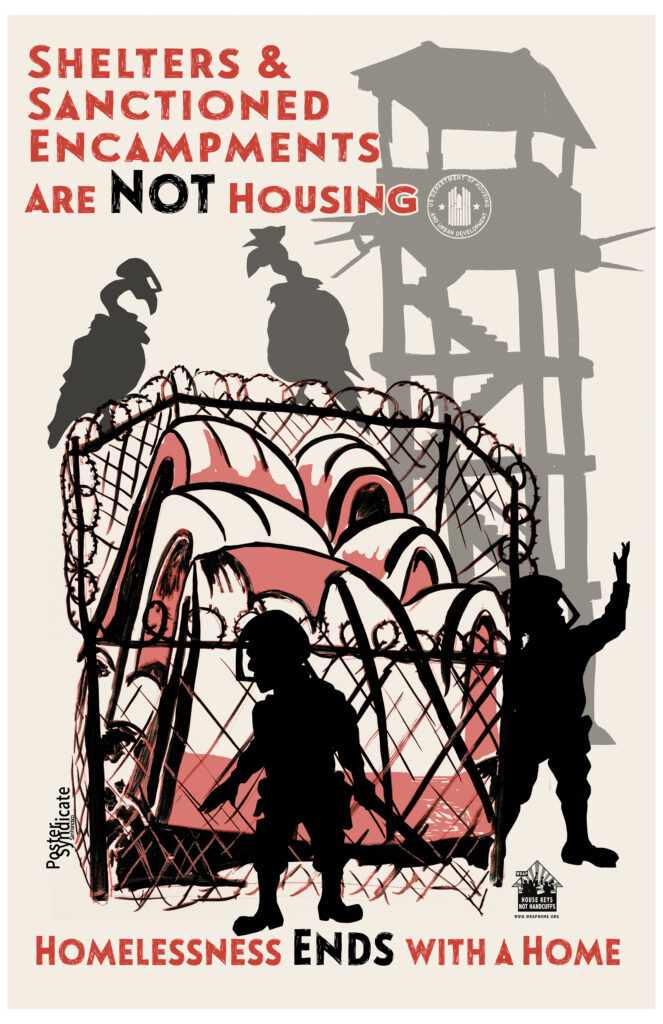 “We’re protesting because we have no other option. There aren’t safe spaces for us, our only option is to protect each other. You have deeply failed us as community leaders and have not provided the support we need. The community has come together to support us and you have repeatedly interfered with their support, literally stealing our livelihood in the dead of winter. It is inhumane, you treat us as less than human.”

A legal victory is only a victory if it provides relief to the people directly affected. This relief has not happened for the unhoused community members in Boise, let alone the thousands of people living on the streets in cities impacted by the Ninth Circuit Court’s decisions.

In the final settlement agreement between the City of Boise and plaintiffs, the City agreed to invest $1.3 million to prevent homelessness yet they have designated ⅓ of the money towards expanding shelter space. It is unclear what the remaining settlement money is being used for. Meanwhile, Boise is one of the fastest growing cities in the nation, becoming increasingly unaffordable, exacerbating homelessness.

The second part of the settlement requires law enforcement to only enforce the camping ban ordinance if there are open shelter beds. However, Boise Rescue Mission has an internal policy to never “turn any person away because of a lack of space”, and “neither Boise Rescue Mission shelter has ever reported that it was full”, as written in the Martin decision. By this measure, there is never a night in Boise where the camping ban cannot be enforced.

To make matters worse, since the Martin decision only applies to two ordinances that cities use to criminalize homelessness, police will simply use different ordinances to continue the same harassment, such as trespassing, debris/littering laws, disorderly conduct, among many others. 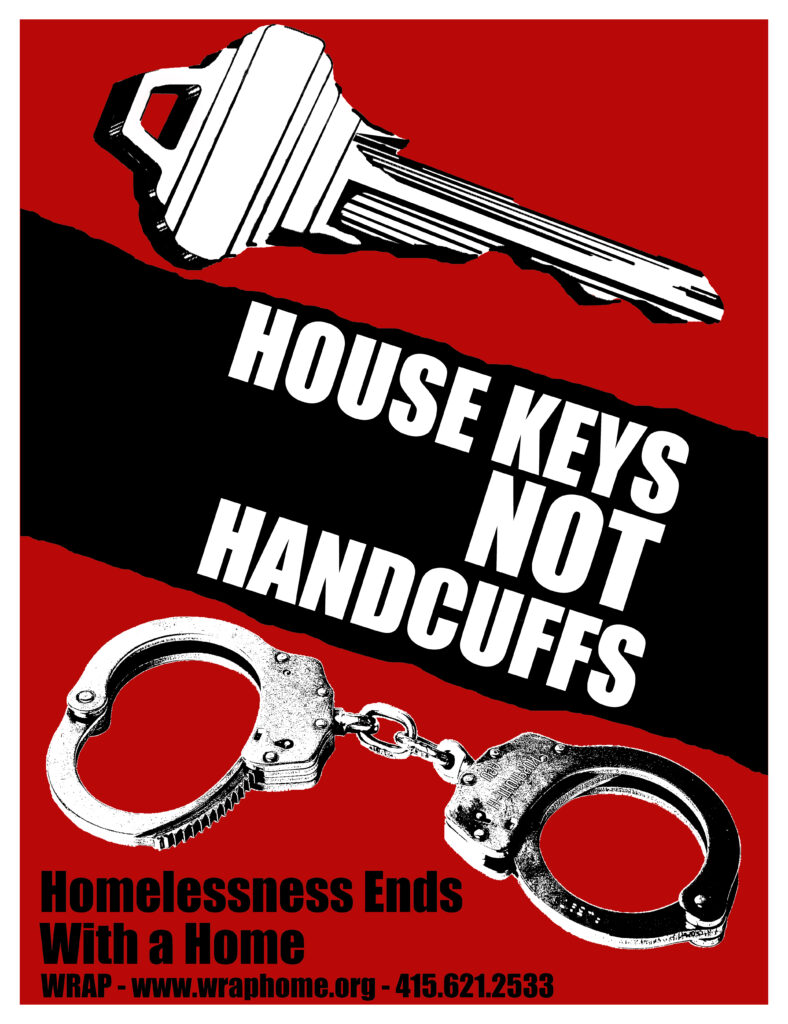 “In response to Martin v. Boise, local municipalities across the country have responded with ‘whack a mole’ strategies to get around the court’s stated intent. Outreach workers with referrals to nowhere, forcing people into carceral shelters, gospel missions or sanctioned encampments and then labeling people as service resistant when we don’t play their whack a mole game. Our humanity, our right to exist, should not be a game governments play as they test out new ways of trying to make us disappear from our communities, our homes.”

There was a lot of hope from community members that this decision would ameliorate the oppression they faced from their housing status. The fact that hasn’t happened in Boise, where the decision itself was made, speaks to the limitations of seeking change through the courts as well as the insatiable ability and desire of local governments to work around decisions, hard fought wins by unhoused people, legal teams, and supporters through the judicial system.

It serves as a warning to communities across the country.

The Martin decision was good in the sense that it validated what people have been saying for decades. We are being criminalized just by the fact we are unhoused. Unfortunately, when we use the word shelter, when the real issue is lack of housing, we set up this massive opening for city attorneys, police, politicians, and business associations to work around protections that courts say they bring, yet nothing changes.

In Boise, where criminalization of homelessness supposedly ended, you have people dealing with the same oppression, using direct action instead of the courts to seek relief.

“Many families across the nation right now are one paycheck away from being in the same situation. Covid has exacerbated the wealth/ poverty gap in the country. Here there’s so many empty buildings/buildings that can be used as units by people without homes, but instead they stay empty and locked up.”