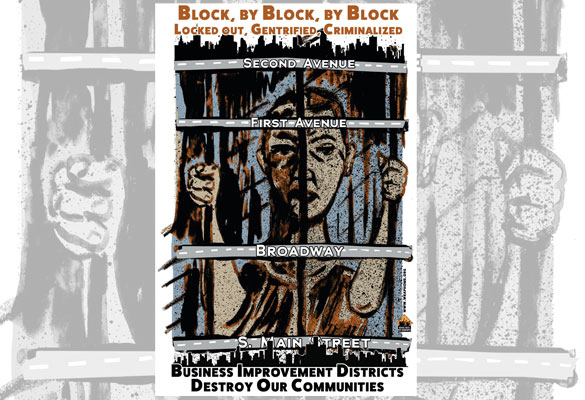 On Monday June 28th Denver City Council will be voting on the renewal of the contract with the Downtown Denver Business Improvement District.

Business Improvement Districts (BIDs) take public funds and public space and privatize it. BIDs were set up for private businesses to control public space and they continue to do so. This private-public partnership gives the BID the ability to use city money for their private priorities, use private security to police public space, and use public money to lobby for policies they choose. 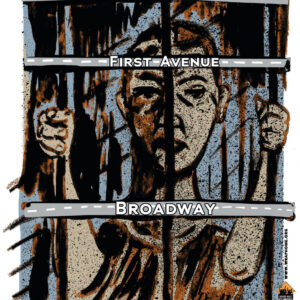 The Downtown BID spends the largest chunk of their budget on security to police homeless or ‘unwanted’ people out of the area. For example, over a five-month period in 2019, the Downtown Denver BID security program reported responding to the following types of incidents: 2,130 sit and lie, 1,847 trespass, 721 unauthorized camping, and 2,285 “welfare” checks. (‘Welfare check’ usually means they don’t really have a law to use against the person, but they need some excuse to stop and harass them). All of these 6,983 security contacts in 5 months were regarding people existing in public.

The Downtown BID also spends a large chunk of their budget on policy advocacy (though sometimes cloaked under Downtown Partnership which they are contracted together with). In total, the Partnership has donated $254,900 in municipal elections and $161,00 in statewide elections. The Partnership contributed $200,000 to the Together Denver campaign, a committee

registered in opposition of the Right to Survive. The Downtown Denver Partnership boasts publicly of their successful advocacy for the Breathe Easy Ordinance, Urban Camping Ban, Sit/Lie Ban, and various ballot initiatives including opposition to the Right to Rest initiative. It was the Downtown BID that approached Councilman Brooks in 2011 about proposing the Urban Camping Ban.

Tell City Council to vote no on this contract renewal and to read more about BIDs on the WRAP website.

Sign Up to Speak! Friday starts at noon… See details below…

How: Starting at 12 p.m. on the Friday before the next scheduled general public comment session, sign up

Topics are required, so include them in all emails and voicemails, or your submission will be considered void.