BREAKING: Homeless Camp In Standoff With Petaluma Police Seeking to Evict Them 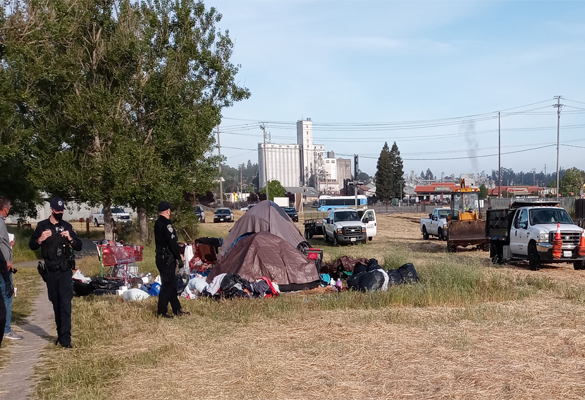 With no shelter space or housing available, the homeless at Steamer Landing Park are banding together and will challenge the unlawful sweep planned Friday morning. Under the wing of the Ninth District Martin v. Boise Ruling, campers plan to stand firm against the eviction order. Petaluma police have stated those who resist, will be arrested.

For homeless to be told by police it is safe to sleep at Steamer Landing Park, then be told, they have 72 hours to pack up and leave or have their possessions bulldozed and themselves arrested, is an unforgivable indignity to the homeless.

The City and Police of Petaluma have lost the trust of the homeless in Petaluma.

Homeless advocates from Porchlight Coation, Tam Equity Campaign and the California Homeless Union will be at Steamer Landing Park to protest the sweep.