JAILS2STREETS – From Housed to Houseless Post-Incarceration

Where: Zoom- register at this link:https://forms.gle/Vy6XK9WtWdfWm9PY9

POOR Magazine’s Notes from the Inside houseless and formerly incarcerated  “WeSearchers” as they dub themselves – taking back the othering spaces of research itself, in collaboration with Incarcerated Workers Organizing Committee, Prison focus, AztlanPress, KAGE Universal, Sacramento Homeless Organizing Committee, No Justice Under Capitalism and the San Francisco Bayview and others  will be releasing a report which includes 25 currently incarcerated people and 148, post-incarcerated, currently houseless, disabled “reporters” in San Francisco , Sacramento and Oakland, from POOR’s RoofLESS radio project.

We, as Poverty Skolaz, houseless, formerly houseless, incarcerated, disabled, criminalized, indigenous, Black, Brown and poor wite peoples, understand and overstand the direct link (or “revolving door”) between houselessness, incarceration, race and class based profiling and the criminalization of the poor. This WeSearch, a word and concept informed by Poverty Scholarship which is poor people-led research, not academic/othering research, will outline that direct link as Oakland and San Francisco politicians and housed residents continue to un-connect these direct connections and wonder, “How do we get rid of the homeless problem?” and continue to perpetrate “sweeps” of unhoused peoples.

Below is a summary of the WeSearch findings that teases out the patterns in our data as well as the replies from various respondents of the survey:

This JAILS2 STREETS WeSearch findings are also part of POOR Magazine’s LandBack demand making the direct connection to land liberation, self-determination for poor, Indigenous Black Brown and Disabled residents of these colonial -run towns and cities that continue to incarcerate, sweep,  and profile poor people and people of color everyday.

RoofLESS Radio WeSearchers reported from all across the Bay and Sacramento 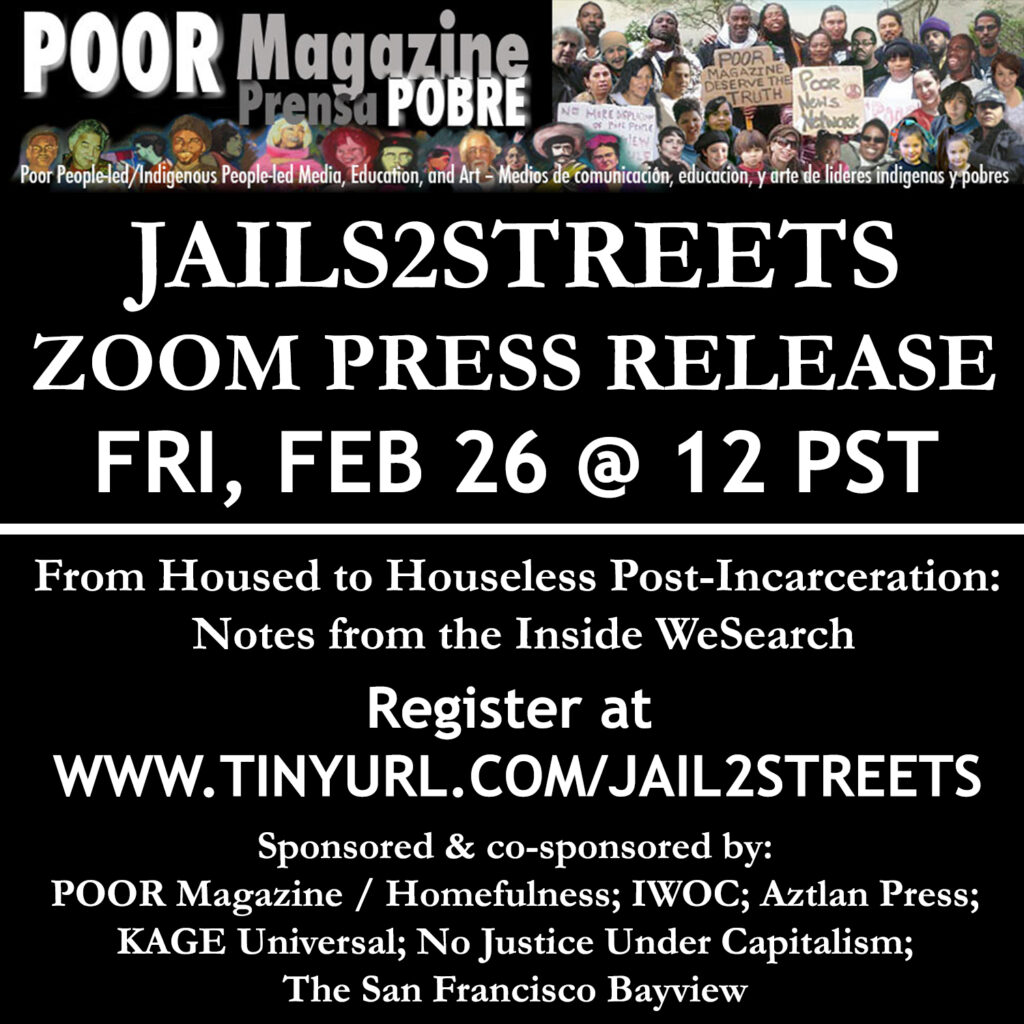