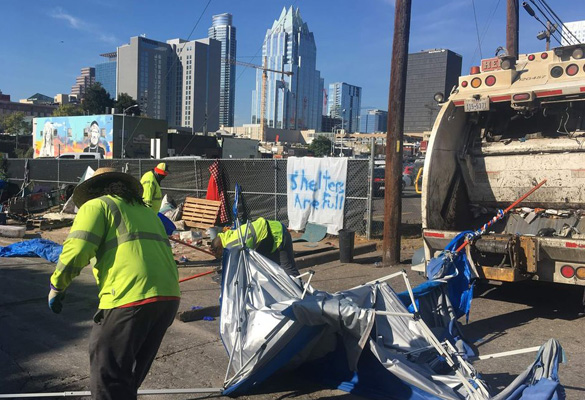 Yesterday Council Member Ann Kitchen published several amendments and a Fact Sheet promising to clarify Item 49. In it she claims the Initiative both “upholds City Council’s committment to decriminalization” and “disallows camping without citations or policing”. Their bureaucratic and opaque language leaves ample opportunity for city staff to still order the return of standard camping ban enforcement, likely to resume when they are under less scrutiny. But even if we trust that they will deprioritize arrests and innovate new inhumane ways of “disallowing camping”, the lifetime of our organization has been spent following and documenting the sweeps as precisely this third path.
Cynically named the HEAL Initiative, Item 49 draws on undetailed “lessons” of the Guided Path Program, which was scheduled to destroy a camp outside of the ARCH weeks before camping there became illegal, in a coordination between APD, Austin Resource Recovery, and the downtown service providers. Though ordinance revision barring camping near the shelter eventually caught up after several delays of the Guided Path camp clearance, no tickets were given by APD until an attempt to retake the camp the day after. When we spoke with residents of the camp in the weeks and days before Guided Path was implemented and the camp was swept, many had not been put on any list for housing. When the day arrived, they watched as city trash crews moved through, destroying living structures and gear. After they met resistence the city crews backed off until 4 am the following morning, waking up residents and placing tents in a dumpster with a crane. 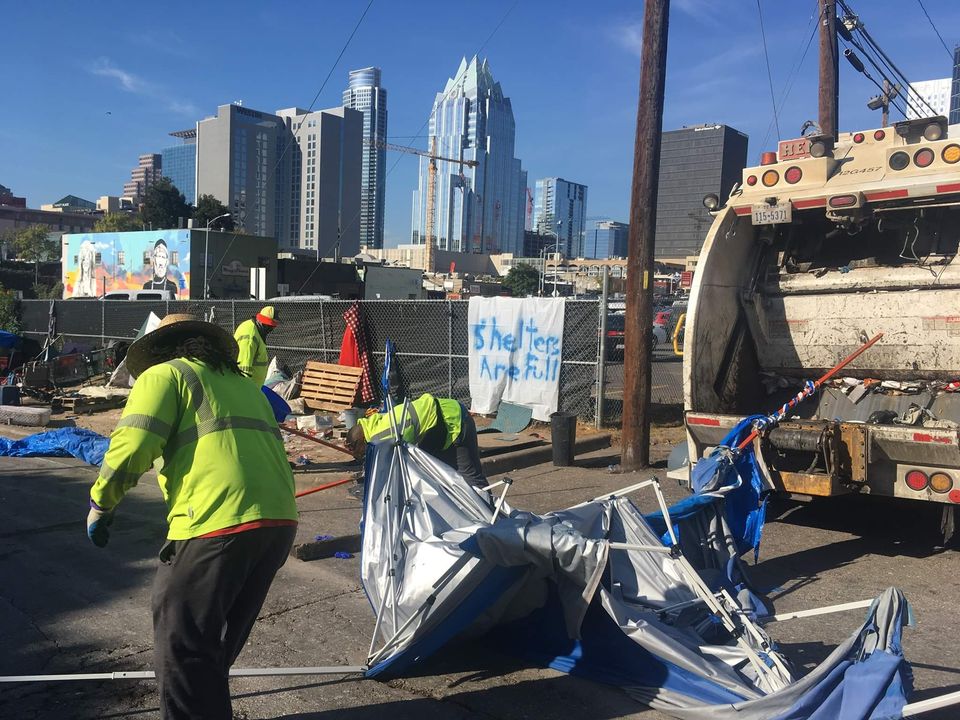 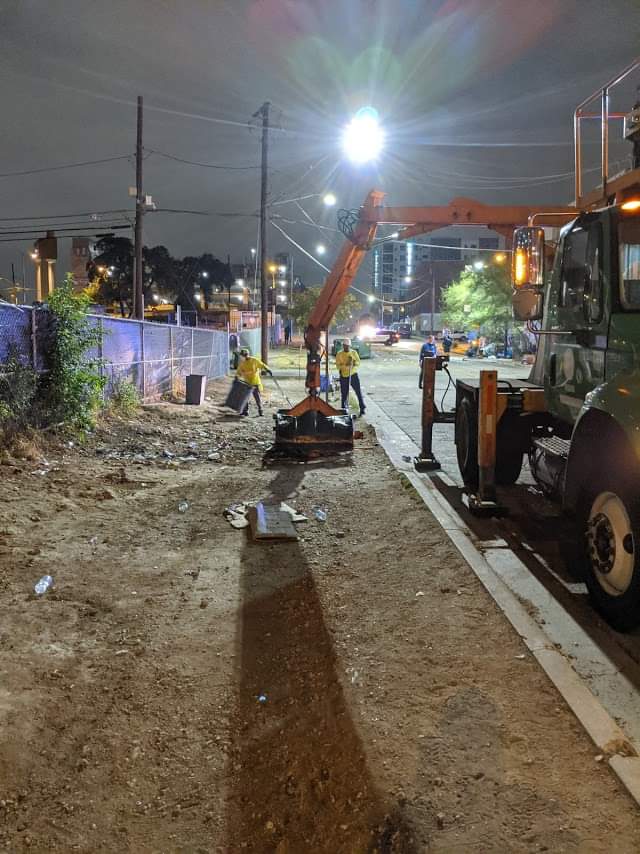 We have no reason to believe the HEAL initiative will be any different. The proposal’s vagueness eludes concrete accountability by the city, and casts doubt on whether they aim to follow through on their promises. We see the paltry housing funds included in this plan serving as “progressive” cover for a ban, whether soft or hard, of specific camps the councilors’ have wished gone for a long time. The HEAL Initiative starts from those favorites and works outward, poised to add more and more camps along the way.
There is also no elaboration of the “public health and safety risks” allegedly posed by these communities. Perhaps Council is confident that this thin justification will offer them cover because this is how they justify sweeps, from before COVID when disabled residents were forced to drag their belongings through traffic, to now when sweeps crews continue to confiscate and dispose of sleeping bags, wheelchairs, and more, often without masks.
We are not surprised to hear from camp residents that they are learning from us or the news that they are on the chopping block. Kitchen’s new document states the Austin Homeless Advisory Committee will be consulted but makes no mention of any plan to consult with those living in the communities to be destroyed. When we spoke with residents they expressed their desire to stay in or at least near where they currently live, already having suffered gentrification and Austin’s rising cost of living.
In conclusion, Kitchen’s proposal, its amendments, and its justifications draw on a long history of abuse since most camping was decriminalized. We have spent the last weeks touching base with our friends in these targeted communities. Many participated in our call-in, and others are planning to call in to council. We must continue to organize in defense of our friends now and for those in the future who find themselves at the wrong end of the housing market and low wage employment.
For More Info: Stop the Sweeps Austin