Los Angeles, CA. Chinatown Business Improvement District is trying to reestablish itself despite the lack of community support. Tomorrow, Tuesday, September 29 at 10am, we need your support! Would you have the capacity to do two things? 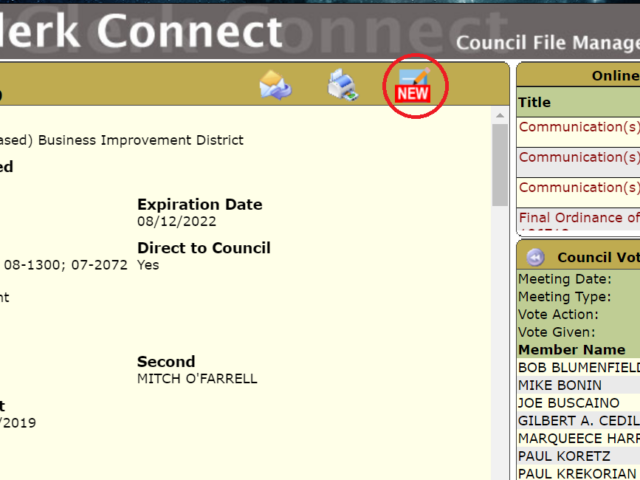 As many of you might already know, the Chinatown Business Improvement District is trying to reestablish itself despite the lack of community support. Tomorrow, Tuesday, September 29 at 10am, we need your support! Would you have the capacity to do two things?

1. Show up to the public meeting on Tuesday, September 29 on Zoom and give public comment about why the Chinatown BID is not for the community.

Here are some talking points (in addition to the posts that we have been making on our social media):
• The Executive Director is racist, corrupt, cruel, and is not looking out for the Chinatown community (and had an ARREST WARRANT earlier this year). His tactics are particularly violent towards black and brown folks, along poor and disabled communities in Chinatown.
• The Chinatown BID encourages gentrification that is displacing community mom & pops and residents who have been in Chinatown for a long time
• The BID contracts a private security force that harasses low-income and houseless communities.

2. Submit public comments to the City Clerk ahead of the meeting at tinyurl.com/CTBIDcomment. You can click the button indicated below to take you to the page where you can submit your comment.

Below are more info about Chinatown BID:

For too long, the Chinatown BID has harassed low-income & Black members of the community, perpetuated gentrification, and is led by Executive Director George Yu, a crook with no empathy for other humans.

To summarize some of what Yu has done over the past 10 years:

• He consistently sends Board of Directors nomination forms belated to multiple benevolent associations and other organizations who oppose them, or have convenient excuses for not being able to accept the forms;

The BID has consistently harassed activist Theo Henderson, a member of the Chinatown community, other street vendors and low-income people of color. The Chinatown BID is filled with people who do not care for the many members of the community who have lived there for generations, and is instead stacked with developers and gentrifiers like representatives from Atlas Capital, which Chinatown Community for Equitable Development (CCED) is currently suing because they are developing a market-rate development, College Station, with 0 affordable housing units.

Please contact me if you have any questions. Thank you for caring about Chinatown and for reading this.