Exciting news! The City of Portland just released an audit of Pdx’s Enhanced Service Districts (ESDs), which include downtown, the central eastside, and Lloyd.

The audit confirms what Sisters of the Road, Right 2 Survive, WRAP, and so many others have long known: the city allows public money to fund the privately policing of public space–and does nothing to track the money nor oversee the policing. We also know that houseless folks, who are disproportionately BIPOC, LGBTQ+, have disabilities, and are youth and elders, are hit hardest through increased harassment, citations, fines, and sweeps, especially in ESDs.

See Mercury article about the audit release and good analysis of the role of ESDs in policing houseless people.

What you can do:
• If you want to get involved in organizing around this, let STS know! Hoping people can help pass out mini-zines, stickers, posters, etc. to help raise awareness of ESDs at events in the next few weeks….. Later this fall there will be lots of opportunity to weigh in as city council tries to figure out how to respond to the audit’s findings.
• Raise awareness on social media: share links above, the image below, etc.
• And — uplift the Black Lives Matter movement to abolish police and prisons!!!!!

In this moment of a growing number of cities de-funding police, it is imperative that we work to ensure that private policing through ESDs (Pdx’s name for Business Improvement Districts) and other mercenary models don’t become the go-to solution. 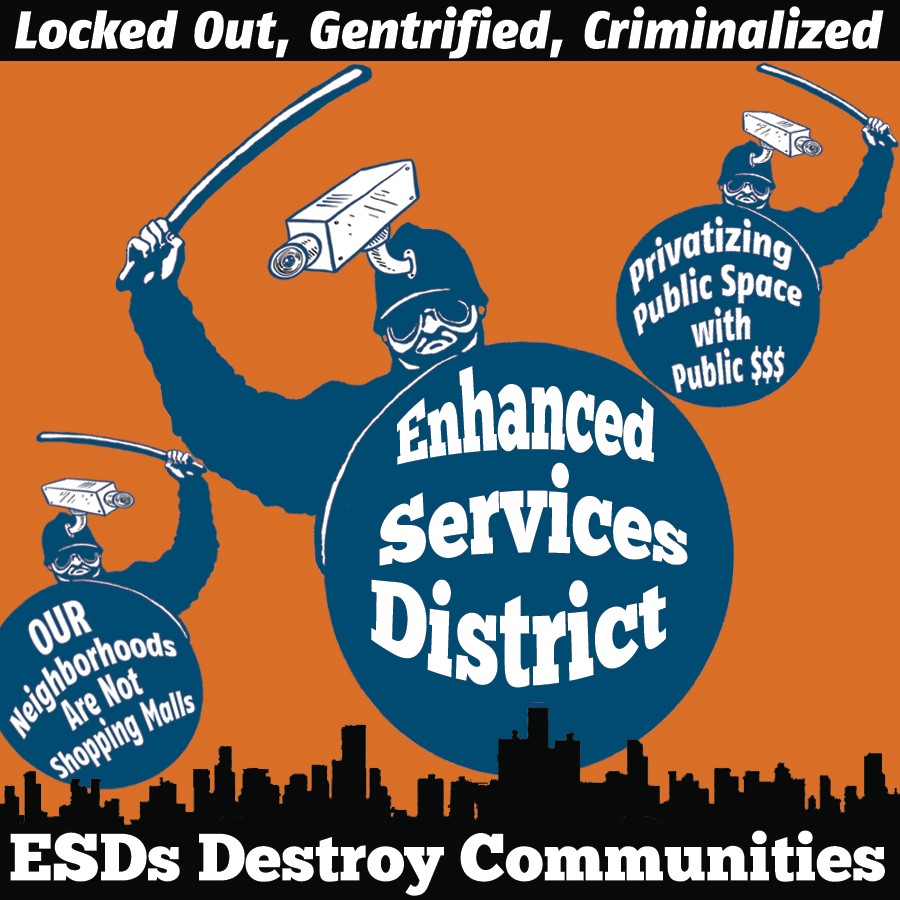