Over the past 4 plus weeks of the COVID emergency, we have been demanding action from the City and the State to protect all of us – including those of us without housing. Below is an update on what the City and State is and is not doing to date to meet these demands for basic protection. 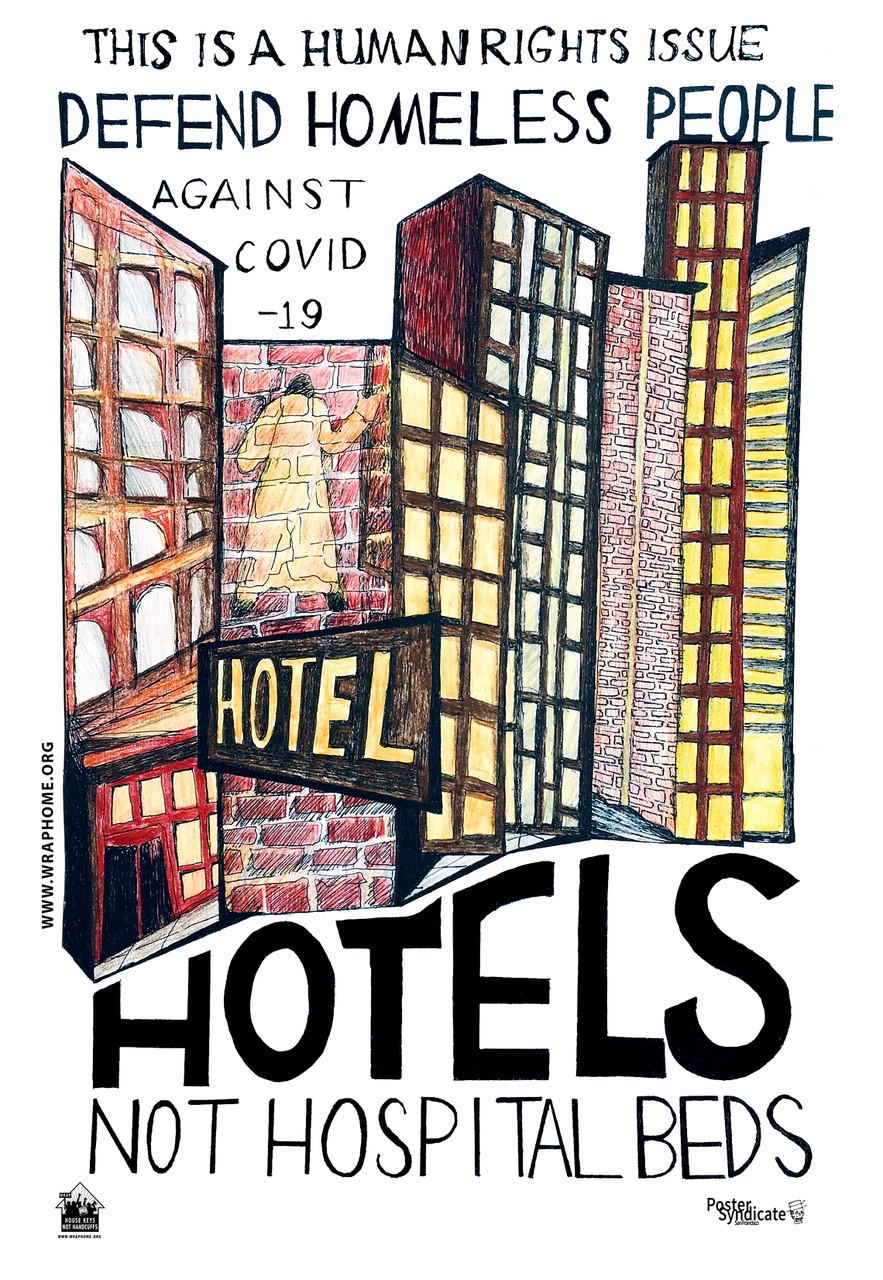 • Sweeps – We did get the Mayor’s office to agree to “not displace people or their property from encampments during this state of emergency.” This has been largely followed…which makes life a lot safer and better for folks on the street right now. But it has not been followed all the time and they are pushing the “grey areas.” See detail on ways below…
• Tents Down – Instead of telling people to move along in camping ban enforcement, police have been telling people to drop their tents in the day. How are people supposed to stay at home if their tent, the only thing they have as a home, is dropped down? Police should be directed to cease this harmful demand.
• Public Property – Police have frequently threatened camps with move on orders that are on public property saying they were on private property. Police need to understand what is public property vs private. If they are enforcing move-on orders on private property it should be under the initiative of the private property owner, not the police.
• Park Property – While park property does have curfews, many cities across the US are waiving curfew hours and allowing folks to stay in camps on park property during this pandemic. This should be done here as well. People have been swept from parks regularly here in Denver.
• Police Harassment – Some police continue to harass people for any number of unnecessary reasons.

Housing NOW:
• To date, the City has 270 hotel units made available for people who are homeless and showing signs and symptoms. This is at least 3,673 units short of the need (that is using PIT court which is a known under count) and is still only for those who are sick, not the general homeless community. 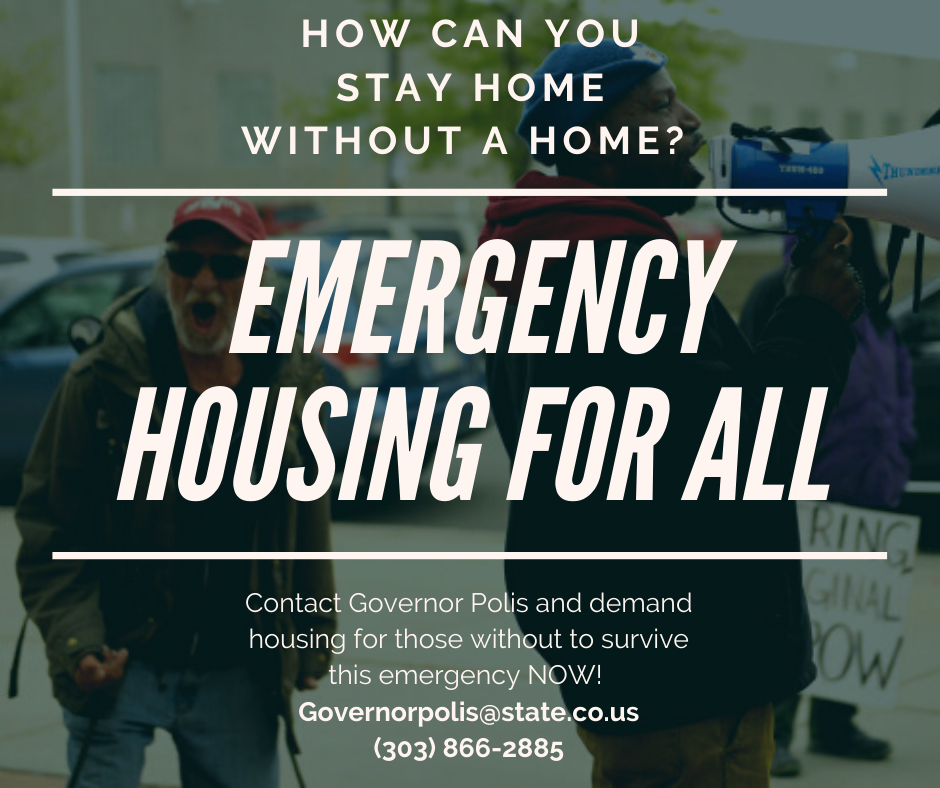