“The People’s Housing Platform Proposal consists of seven separate bills, each addressing a different aspect of the affordable housing and homelessness crisis. Representative Ocasio-Cortez’s bill, ‘A Place to Prosper Act of 2019’ (H.R. 5072) strengthens tenants’ rights and ties highway funding to equitable development. Representative Omar’s ‘Homes for All Act of 2019’ (H.R. 5244) would improve and significantly expand public housing and affordable apartments built with the national Housing Trust Fund (HTF) while preventing displacement. Other members’ plans have yet to be introduced but would provide significantly increased funding for the HTF, strengthen public housing resident councils, provide new grants to create community land trusts and land banks in disinvested communities, combat homelessness by increasing funding for services, create a monthly tax credit for renters and first-time homebuyers, and fight real estate speculation. Through these proposals, the members aim to create a framework that declares housing as a human right.”
– National Low Income Housing Coalition 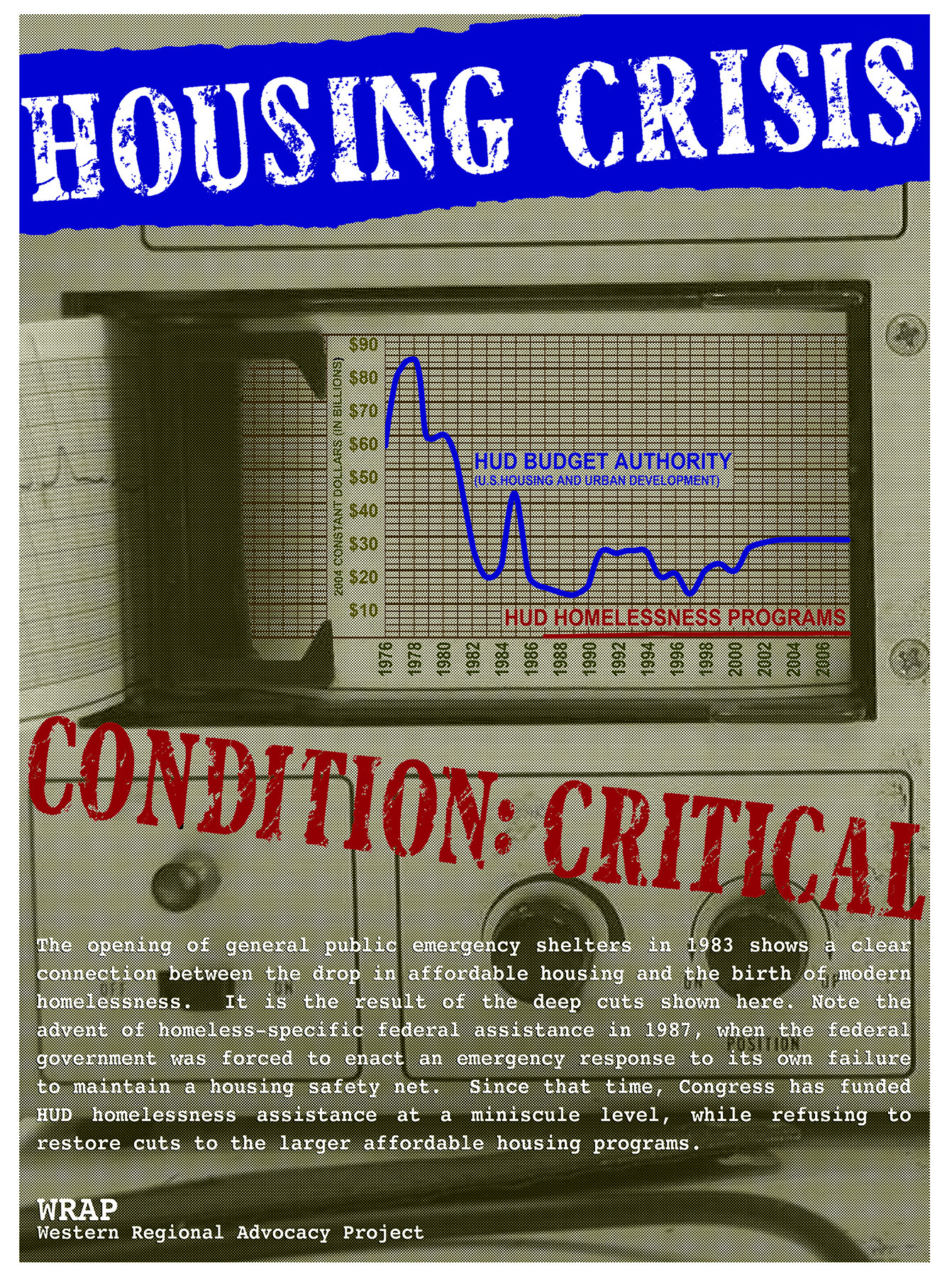 The Western Regional Advocacy Project (WRAP) supports the efforts of these congressional representatives to re-center the real root causes of homelessness in the United States and to fulfill the U.S. government’s responsibility to protect the human right to safe and affordable housing. Below is a list of the proposals, three of which have already been introduced as bills, from Curbed.

● A proposal by Massachusetts Rep. Pressley that would create a massive investment in the public housing stock through the Housing Trust Fund, increase tenant input through strengthened resident councils, and link transit and infrastructure spending to a reform of exclusionary zoning policies (municipalities must get rid of height restrictions, for instance, to qualify for funding).

● Minneapolis Rep. Ilhan Omar’s previously introduced Homes for All Act, which would allocate new funding for the construction of 10 million new public housing units and create a $200 billion community control and anti-displacement fund to fight gentrification; it has an estimated $1 trillion price tag.

● Michigan Rep. Tlaib’s proposal to replace the Opportunity Zone program with a Community Benefits Fund that would provide grants for community land trusts, land banks, and nonprofits working in underinvested communities, all funded by the repeal of Opportunity Zones (in other words, arguing that the tax revenue that was expected to be lost from that program could be redirected to other spending).

● Washington Rep. Pramila Jayapal’s proposal to combat homelessness, the Housing is a Human Right Act, by increasing funding for a range of support services including medical and mental health treatment, and aims to ensure homelessness services are available to all who need them. 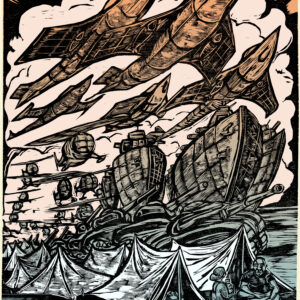 WRAP has long documented through our “ Without Housing: Decades of Federal Housing Cutbacks, Massive Homelessness and Policy Failures” reports in 2010 and 2016 the correlation between trends in federal funding for affordable housing and the emergence of a new and massive episode of homelessness in the early 1980s. Among the most important – if not the most important – factors in explaining why so many people are homeless in the United States today are the cutbacks to and eventual near elimination of the federal government’s commitment to building, maintaining, and subsidizing affordable housing. In 1978, HUD’s budget was over $83 billion. In 1983, HUD’s budget was only $18 billion (in 2004-constant dollars). In 1983, general public emergency shelters began opening in cities nationwide. Our perspective is that the overwhelming omission of the systemic and broad structural causes of homelessness in public discussions and policy responses is nothing short of a collective deception that has only led to increased homelessness. Federal responses to homelessness have failed and will continue to fail unless and until they include a serious and sizable federal recommitment to funding affordable housing. 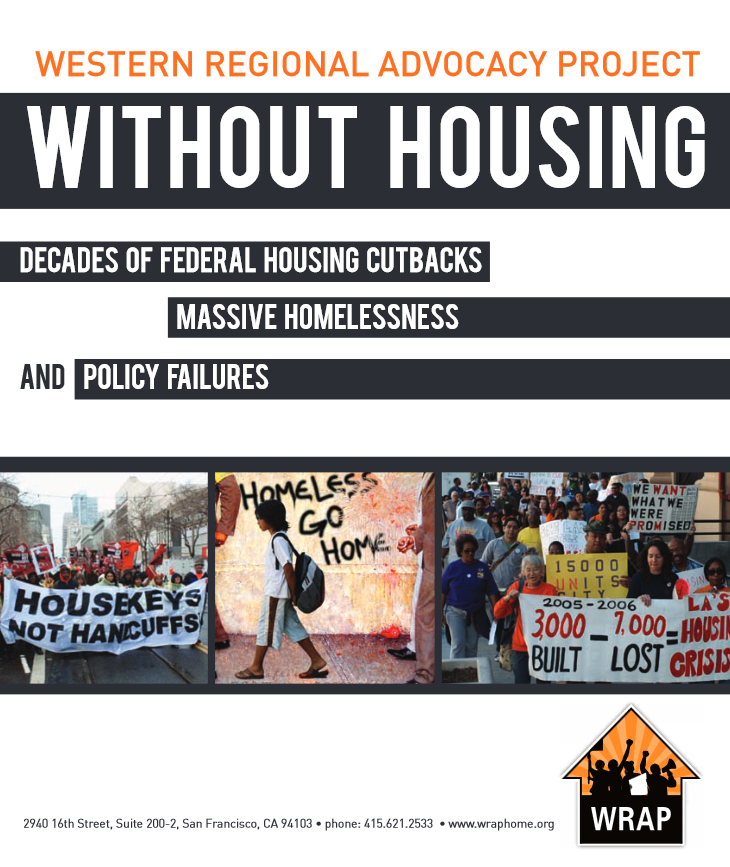 While decades of homeless policy responses have focused upon individual – rather than systemic – factors to explain and address homelessness, the fact that millions of families, single adults, and youth with different biographical backgrounds came to simultaneously experience homelessness in 1983 – and that millions continue to suffer on our streets today – requires a reexamination of historical and social structural forces. The de-funding of federal affordable housing programs, coupled with the loss of public housing units as well as private-sector affordable housing, should be central to any discussion of the causes of homelessness, yet they have been all but ignored in the debates about and policy responses to the current ongoing crisis.

We look forward to finally, after 37 years of deceptive and failed federal responses and programs, being able to support legislation that addresses the true causes of contemporary homelessness! Nothing ends homelessness like a home.