Yesterday, October 25th 2019 at 6pm, Terese Howard, organizer with Denver Homeless Out Loud, was released from jail after spending the entire day locked up after being arrested while livestreaming a sweep. Police approached her at the beginning of the sweep saying she had a warrant and arrested her without even asking her name. Terese interacts with these police officers multiple times a week, documenting police actions against the unhoused community. The legal justification for her arrest was a FTA warrant for a “public order change” issued in May of 2018 originating from a camping ban ticket in 2016. Police knew Terese would be present documenting this sweep and apparently waited for this time to arrest her on this year and a half old warrant they apparently just looked up in an effort to get her “out of the way.”

These are four year lasting effects of the Survival Ban. Even if people are not arrested for the Survival Ban initially, these tickets turn into warrants years latter. If this happens to the one housed person who has ever gotten a Survival Ban ticket in Denver, we know it is even worse for unhoused people getting these tickets. 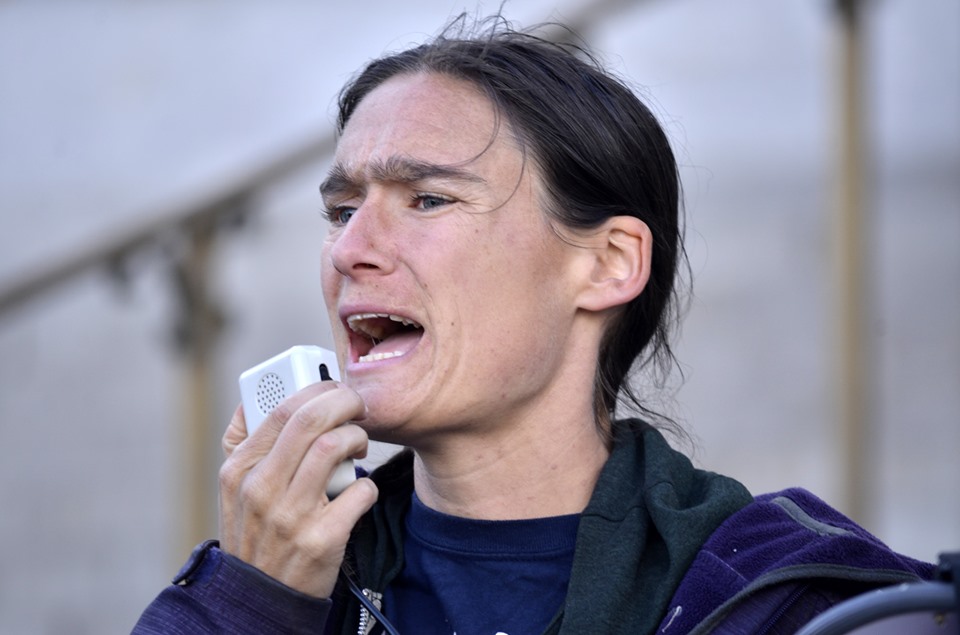 “My arrest yesterday reminded me how F*ed the system is,” says Terese Howard after her release. “This system needs to end: From the sweeps of unhoused people making daily survival a constant motion and a constant threat of incarceration; To the police power to target and arrest anyone for anything (from videoing a sweep, to being addicted to a substance, to not doing what a cops says, to using a tent to cover oneself in lue of a house); To the jails holding thousands of people locked up in cells, treated as less than human, lives taken away, for nothing more than amounts to being homeless, poor, not white, or not willing to follow the bull s*it of the system.”

Terese’s court date is scheduled for Monday November 4th 2019 at the Lindsey Flanagan Court House. Feel free to come and support.
More importantly, here are ways you can support.

Contact your City Council Person demanding they get rid of the Survival Ban that created this four year lasting effect landing Terese, and many others, in jail.
Come to the City Council meeting on Monday October 28th at 5:30pm at the City and County Building to give public comment on the Mayor’s proposed budget demanding money be moved from police and jails into 0-30% AMI housing.

Come to the hearing on the motion to dismiss Jerry Burton’s Survival Ban ticket as unconstitutional on Monday October 28th 9:30am and Tuesday October 29th 7:30am at the Lindsey Flanagan Court House.

Donate survival gear for those forced to live without a house: Tents, Tarps, Sleeping Bags, Blankets can be brought to DHOL office (2260 California St) Mon-Fri 2-5pm.
Onward toward a world with councillors instead of cops, house keys instead of handcuffs, and homes instead of jails…