About 100 people without housing living in tents and tarps along 24th and California across from Sunny Lawson Park on public property are facing a massive sweep tomorrow (Wednesday 9/11/2019) where the city is threatening to take all of their property and force them to move with no where to go. This sweep is scheduled to happen less than two weeks before the federal judge will rule on the class action lawsuit settlement on September 23rd. 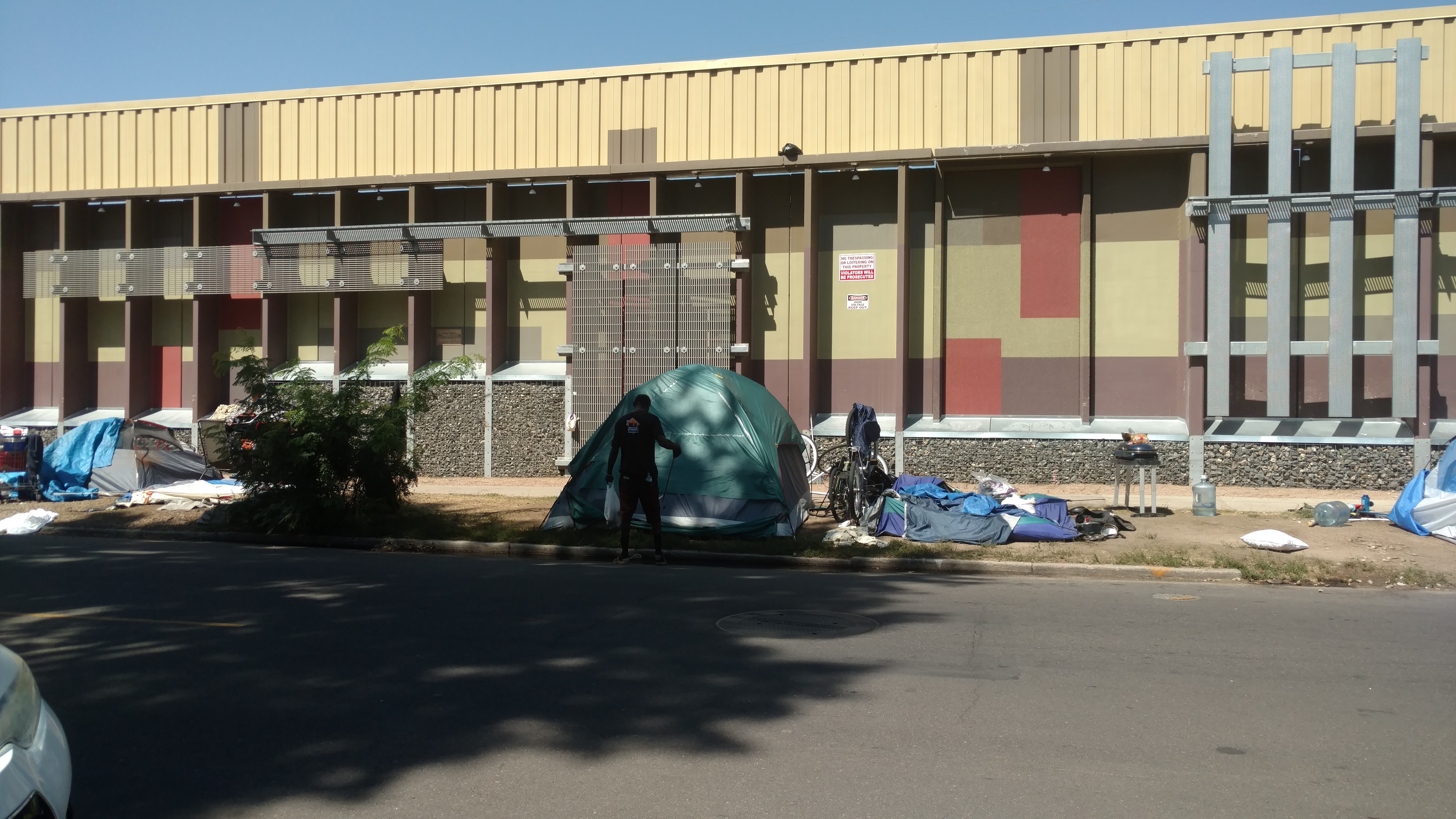 In this process thus far the city is violating the lawsuit settlement, which (though not yet ruled law by the judge) the city agreed to, in a few ways here:
-They gave 48hour instead of 7 day notice which is required for large encampments (which is obviously the case here!!)
-They did not attach the notice to people’s property, but rather dropped them on the ground near people’s stuff
-They did not have a phone number on the notice

You can read the full lawsuit settlement here.

The city has had a record of violating this pending lawsuit settlement. In a previous major sweeps since the settlement was agreed on, the city tried to claim they did not have to follow the settlement because there was a “health and safety” threat. However, they gave no documentation of this threat to justify their sweep. It is likely that the city will try to use this “health and safety” excuse again for violating the agreement. This is simply a messaging tactic get around respecting people’s property rights. While this encampment has been growing in the past few weeks as people are pushed from other areas and gather here with the protection of others, it has been present in similar form for months and they never came in calling a “health and safety threat” for people’s safety. In fact, quite the opposite, through advocacy and the lawsuit requirements, we have been able to get the city to place two porta poties and a hand washing station at the edge of the park to address the health needs of those staying there. Any claim by the city that this is due to a “health and safety” risk is a way to get around respecting people’s rights. Furthermore, it is the opposite of the truth which is that sweeping people to scatter and taking their property is the real health and safety risk. 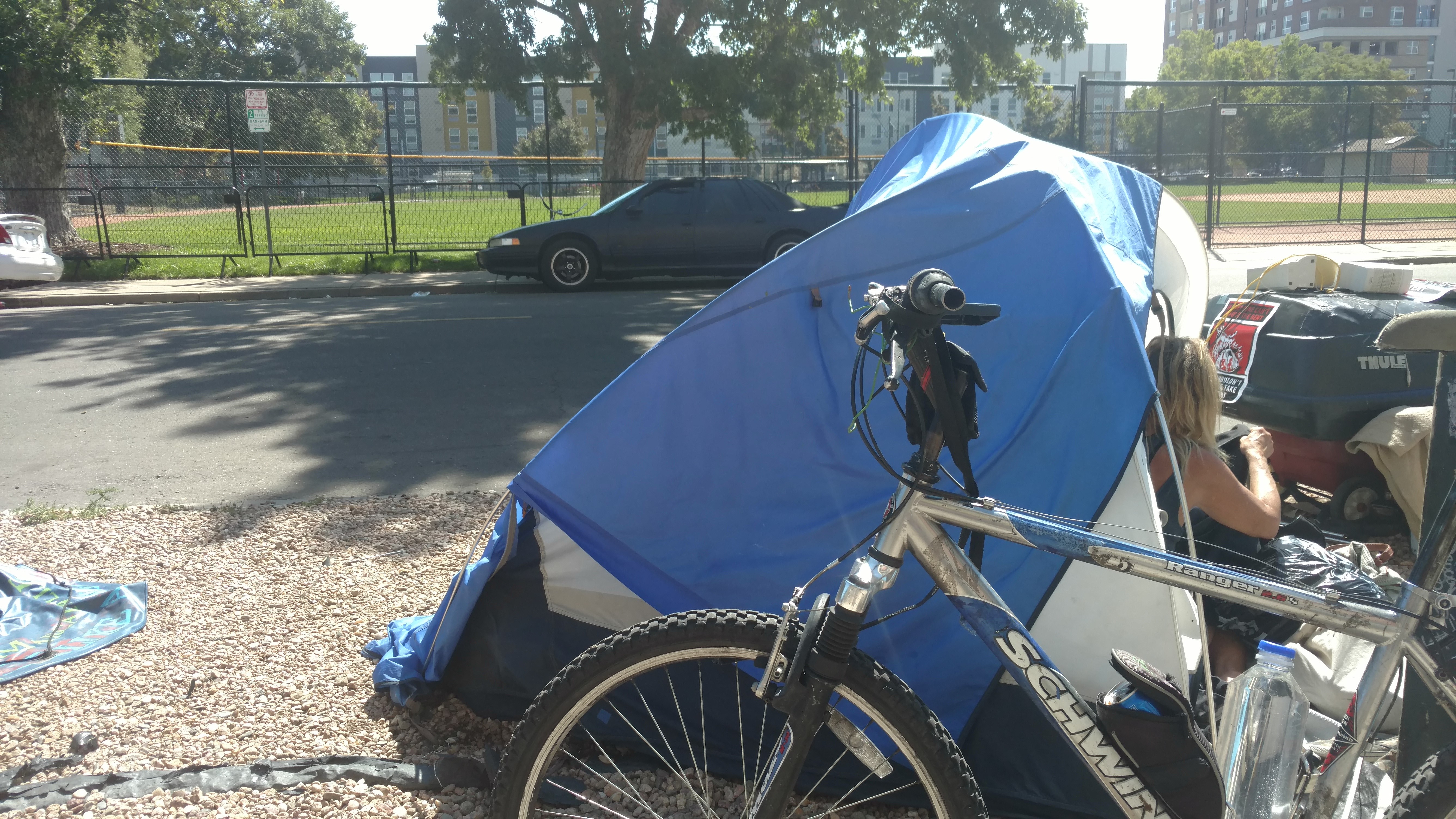 Watch these video interviews with people living on the streets in this area. You can see the area is cleaned, there are porta potties and hand washing, and people are simply surviving out here because they can’t afford the rent.
Here and Here 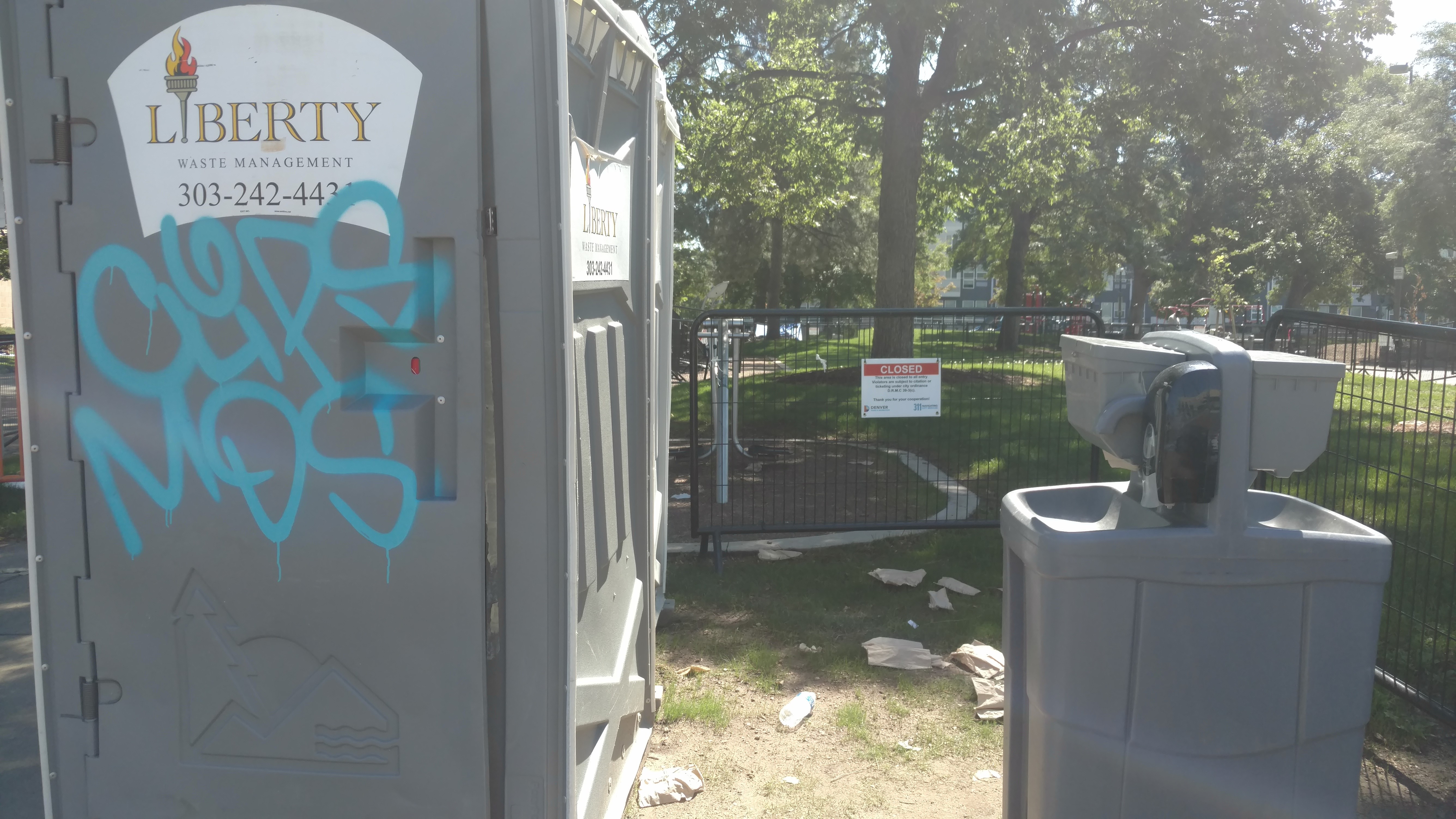