Last night at 11pm the City sent in workers to shut down the ENTIRE of Sunny Lawson Park (on 24th and Park Ave) with a fence. This park has been a significant place where at least 100 people who are homeless have been gathering forever – and even more so for the past few months. The city is trying to justify this total shut down as needed to “reseed the grass” and are saying it will take 3 MONTHS to resend – and in the middle of late summer. 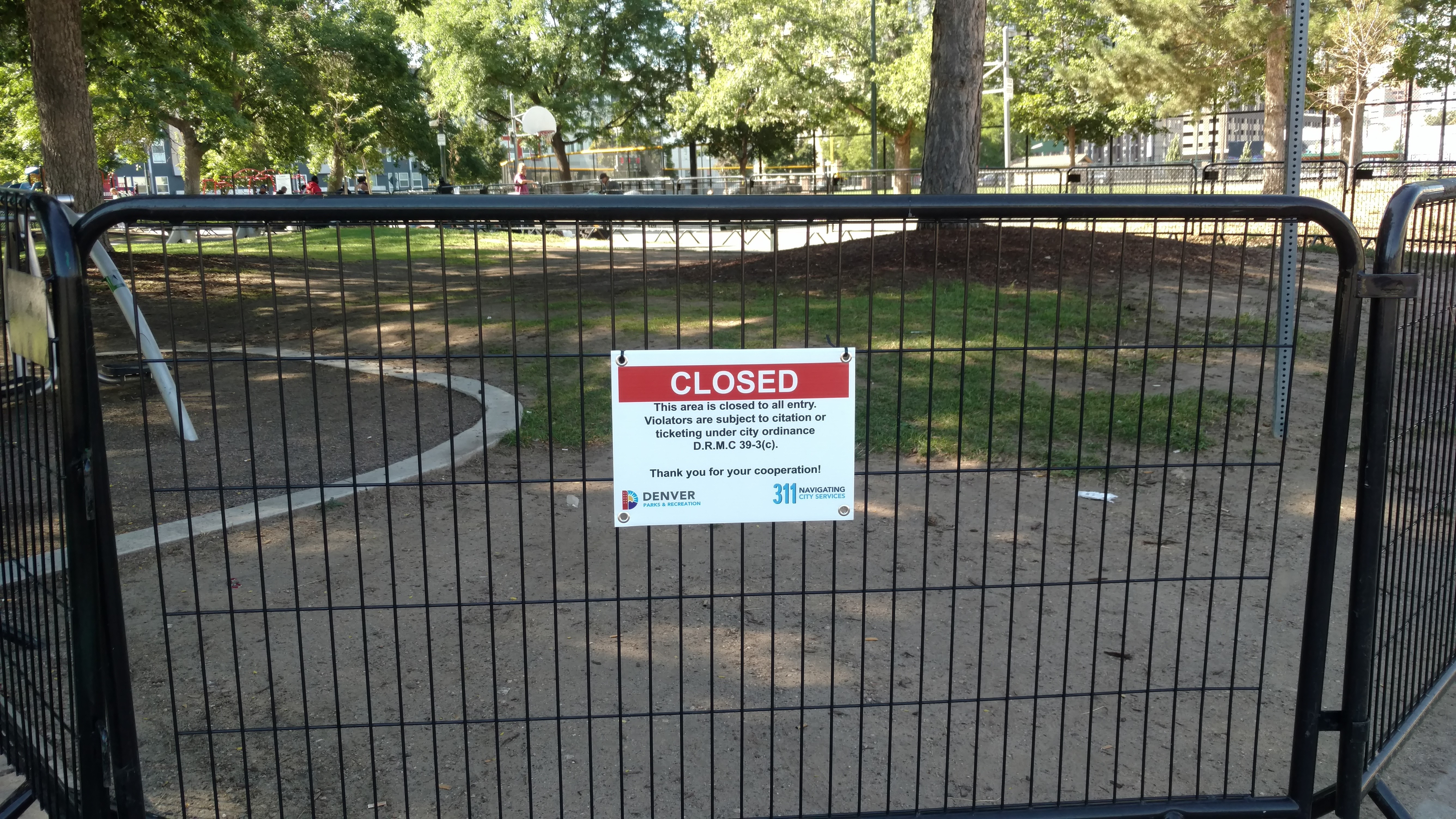 Now, at least 100 people who have been daily resting, eating, and looking out for each other and each other’s property in this park are forced to sit in the sun, cram in small nocks around the park, or scatter.

This park has been a critical place for homeless people to gather in recent months as there is a porta-potty, it is next to a library with water, bathrooms, and computers, there is plenty of shade, and it is near other needed resources.

This is the same group of people who started being swept with no written notice in violation of the pending lawsuit settlement agreement which requires at least 48hr written notice prior to taking property. The city continues to violate this agreement with those staying here every weekday.

Watch livestream of the closed park and sweep