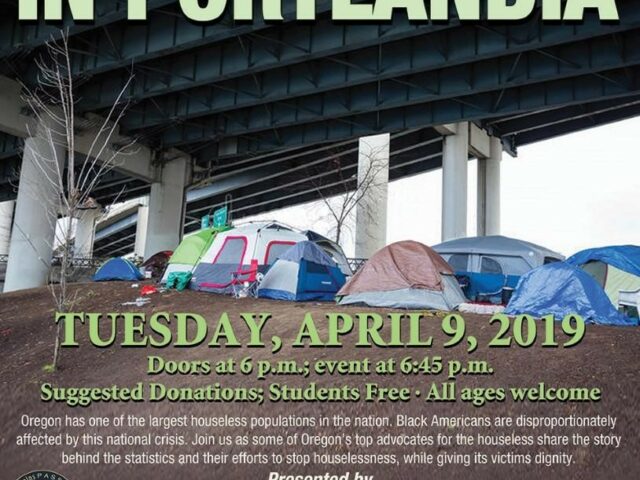 ARE YOU PREPARED FOR A DISASTER? Learning to Be an Urban Prepper
https://youtu.be/J17tyzEPDv8
(1 hour 54 minutes)
Late in 2018, the U.S. Department of Housing and Urban Development presented its annual report on homelessness to Congress. Oregon ranks near the top of states in terms of the percentage of its homeless/houseless population that are living “unsheltered,” i.e. on the streets, in vehicles, parks or other places not designated for humans to sleep. According to the report, Black Americans continue to be disproportionately affected by houselessness. African Americans only account for 13% of the U.S. population, yet they represent 40% of all people experiencing houselessness, and 51% of the houseless who have children. Join us as some of Oregon’ top advocates for the houseless share the story behind the statistics and their efforts to stop houselessness while giving its victims dignity.
SPEAKERS:
Ibrahim Mubarak, Executive Director, RIGHT 2 SURVIVE
LaQuida Landford, Community Housing Advocate
Adam Carpinelli, Board Member, RIGHT 2 SURVIVE 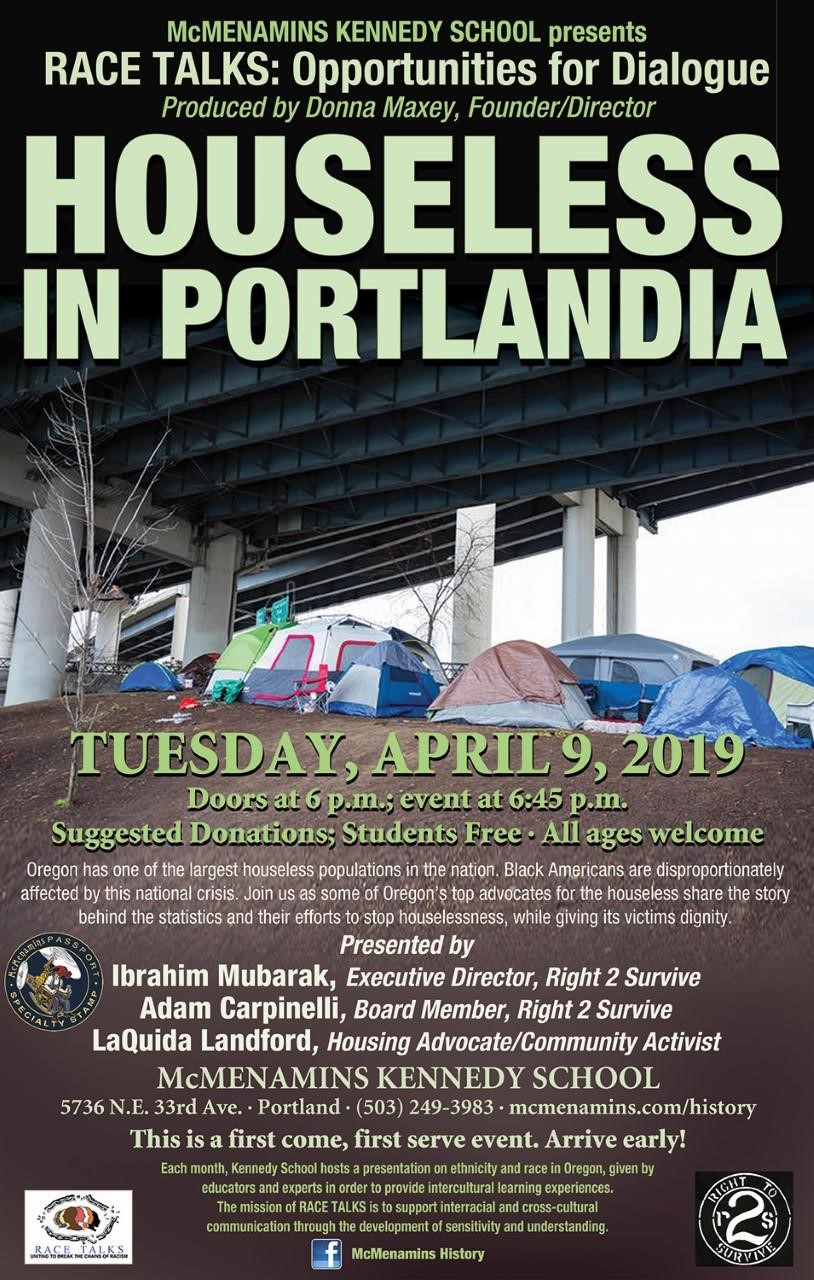