Denver, CO, April 26th 2019 — This morning police and other city employees descended on Jerr-E-ville residents with written warnings for the camping ban (aka survival ban). Yesterday morning they gave all residents present, who not yet at work, written warnings for the survival ban. This morning they came with threats that they would be immediately ticketed if they continued to violate the survival ban and that they must leave. (This means using a tent, tarp, blanket or any for of protection from the elements.) 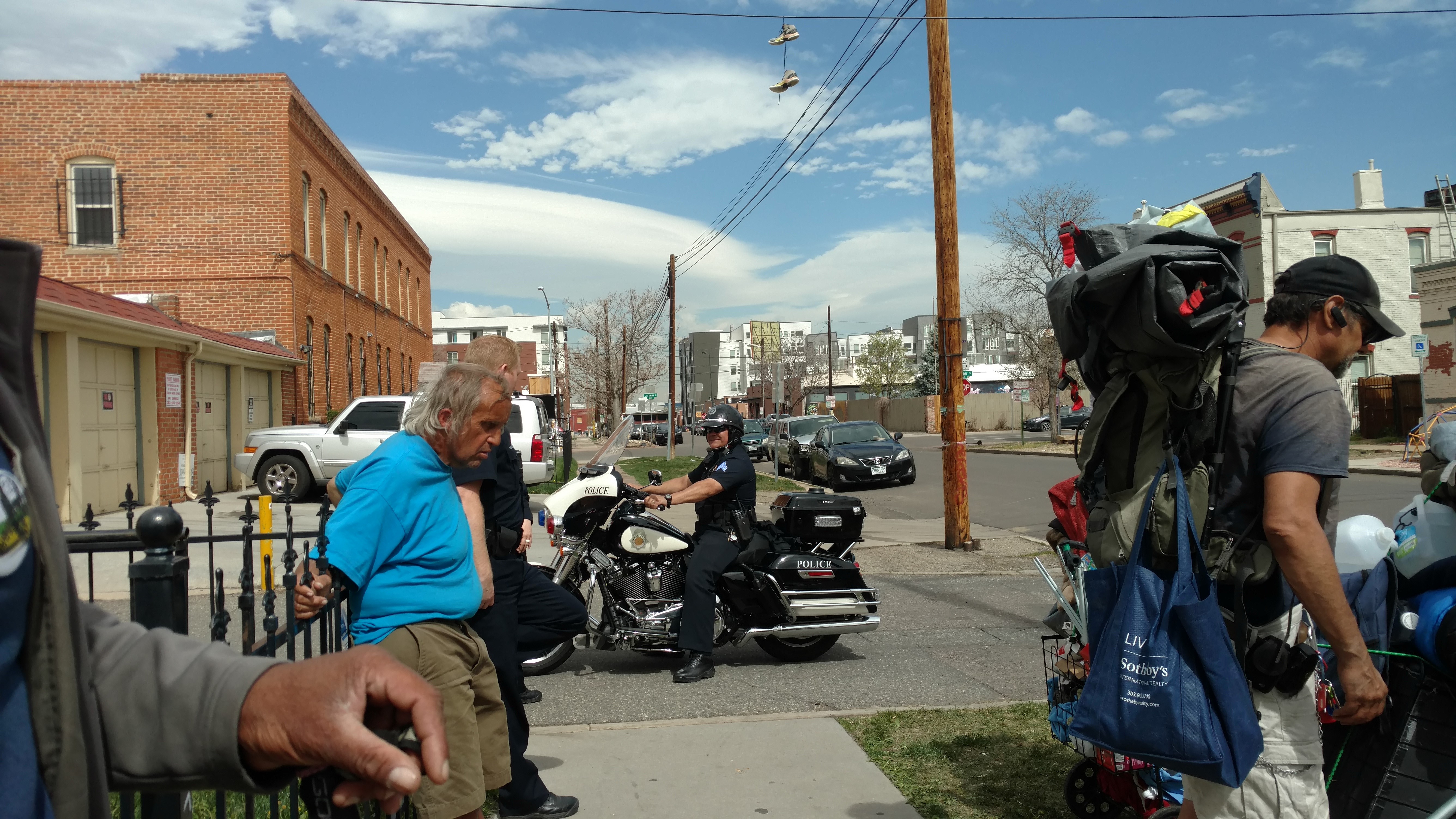 When residents of Jerr-E-ville tried to move to another spot about 10 blocks away, in the process of moving they were followed by police to the new spot where they were told if they set up anything they would be ticketed for the camping ban or arrested. Police even tried threatening to ticket people taking property out of the truck used to move their property with littering. Jerr-E-ville residents were forced from this second location before they could even stop to rest.

With the camping ban in place, now all Jerr-E-ville residents are facing a survival ban ticket the minute they use any protection from the elements, and facing enforcement of the encumbrance law for having property (though the enforcement of the encumbrance law requires at least 2 days notice under the lawsuit settlement). So where are they supposed to go? 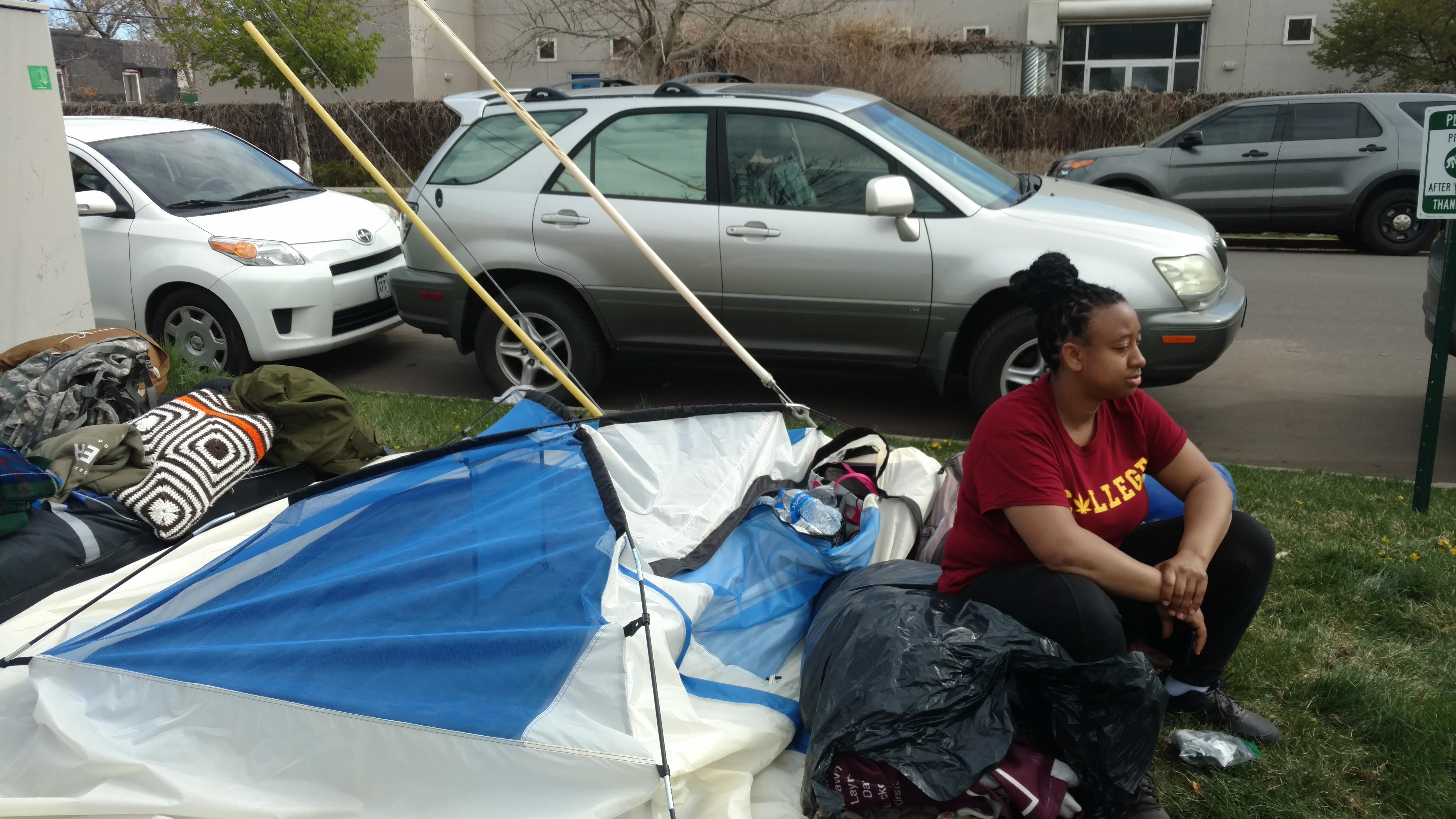 Police and service workers offered some residents hotel vouchers for ONE night. Some where do they go after they get out? Residents told police and service workers they needed housing, not a one night hotel, but the service worker informed them there was no way she could get them into housing right now. Most residents of Jerr-E-ville are on housing waitlists, have VA vouchers, or are working and looking for a cheap enough place to rent but none of that equals any housing options for these people for the foreseeable future.

A week and a half before the election for the Right to Survive, twenty residents of Jerr-E-ville, plus thousands of other homeless people in Denver, are left with nowhere to survive without getting chased by police. Shall they go to jail for surviving? Or sleep on the streets with no cover?

It is time we end this insanity. We need the Right to Survive NOW.