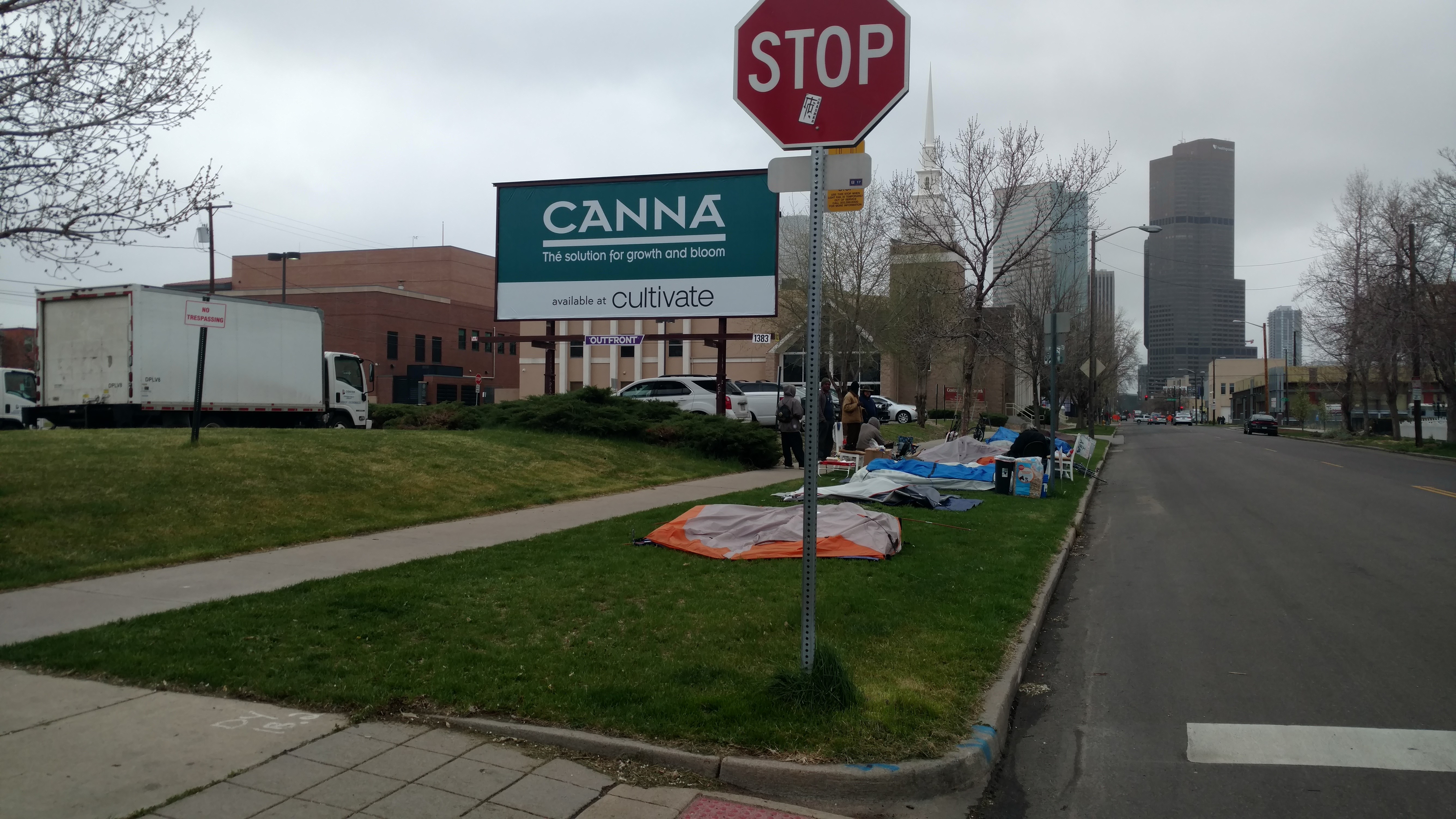 Saturday, April 20 2019, Jerr-E-ville moved from its long standing spot on 27th and Arapahoe to a new spot on 25th and California. This move came after the city swept roughly 100 people from the Triangle area on Wednesday and told many of them to move to 27th where Jerr-E-ville has been its own community for months. After forcing two communities on top of each other, Jerr-E-ville decided to move to a new area on Saturday. The next day, Sunday, the city swept the community that had remained at 27th – pushing them down the street a few blocks. Monday morning police descended on Jerr-E-ville telling them “not to go on the church property” next door. Jerr-E-ville residents went down to 27th and Arapahoe to see about moving back, but were met by police there saying they were putting up a fence.

Now the 20 residents of Jerr-E-ville remain at 25th and California in the same manner as their old spot – absolutely clean, quite, the majority working all day, and all resident just seeking a safe place to survive.

Stay tuned for updates on this fight for space and survival. 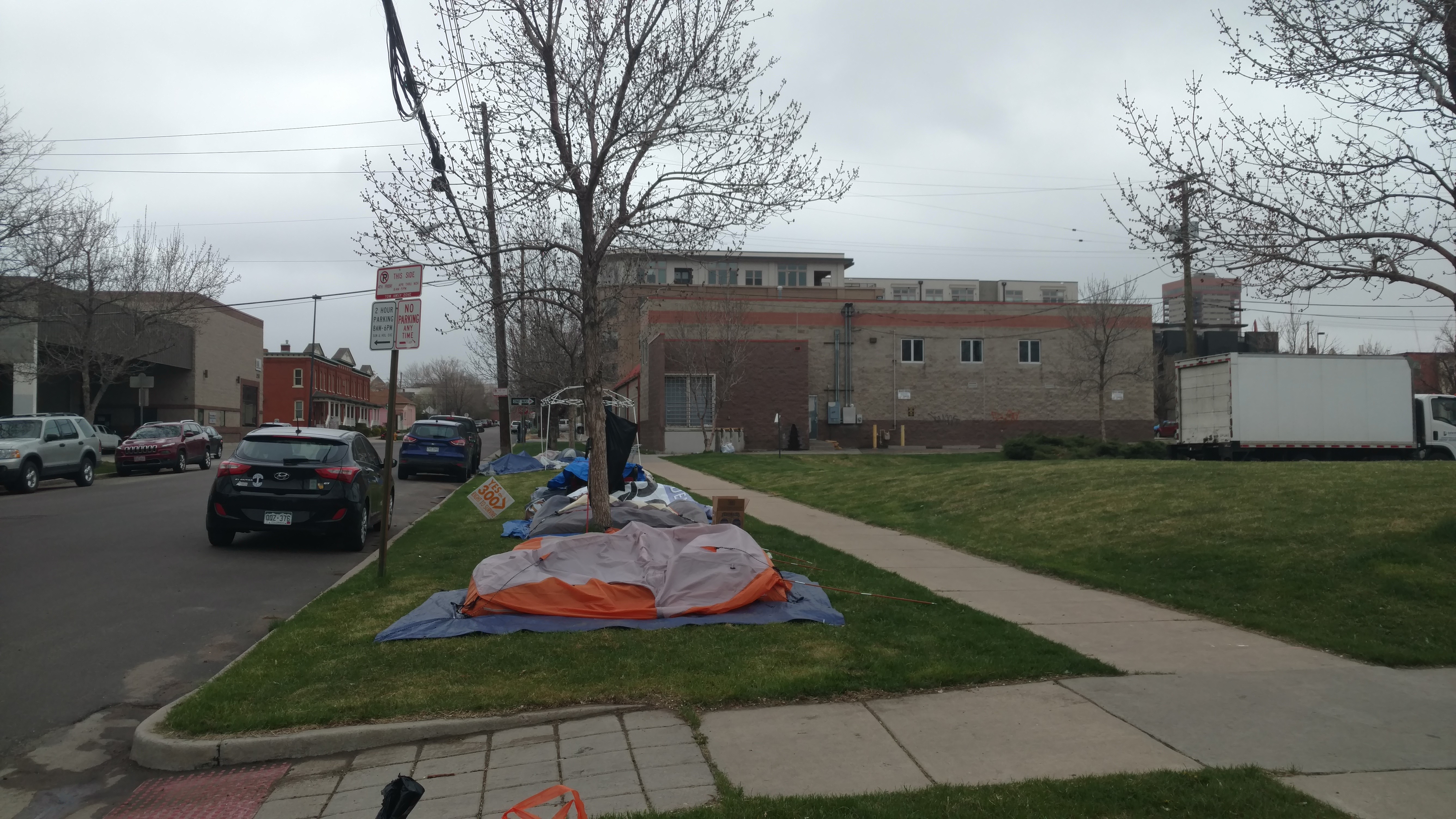