Denver, CO — Today, Friday April 19th 2019, the Judge found Jerry Burton NOT GUILTY of violating Community Service Requirement for the Survival Ban. On November 28th 2016 Jerry was ticketed for the Survival Ban and in April 2017 he was found guilty of surviving while homeless. Today, the court told him he had to have a hearing today (with no time to prepare) for the charge of violating probation requirement of 30 hours of community service. 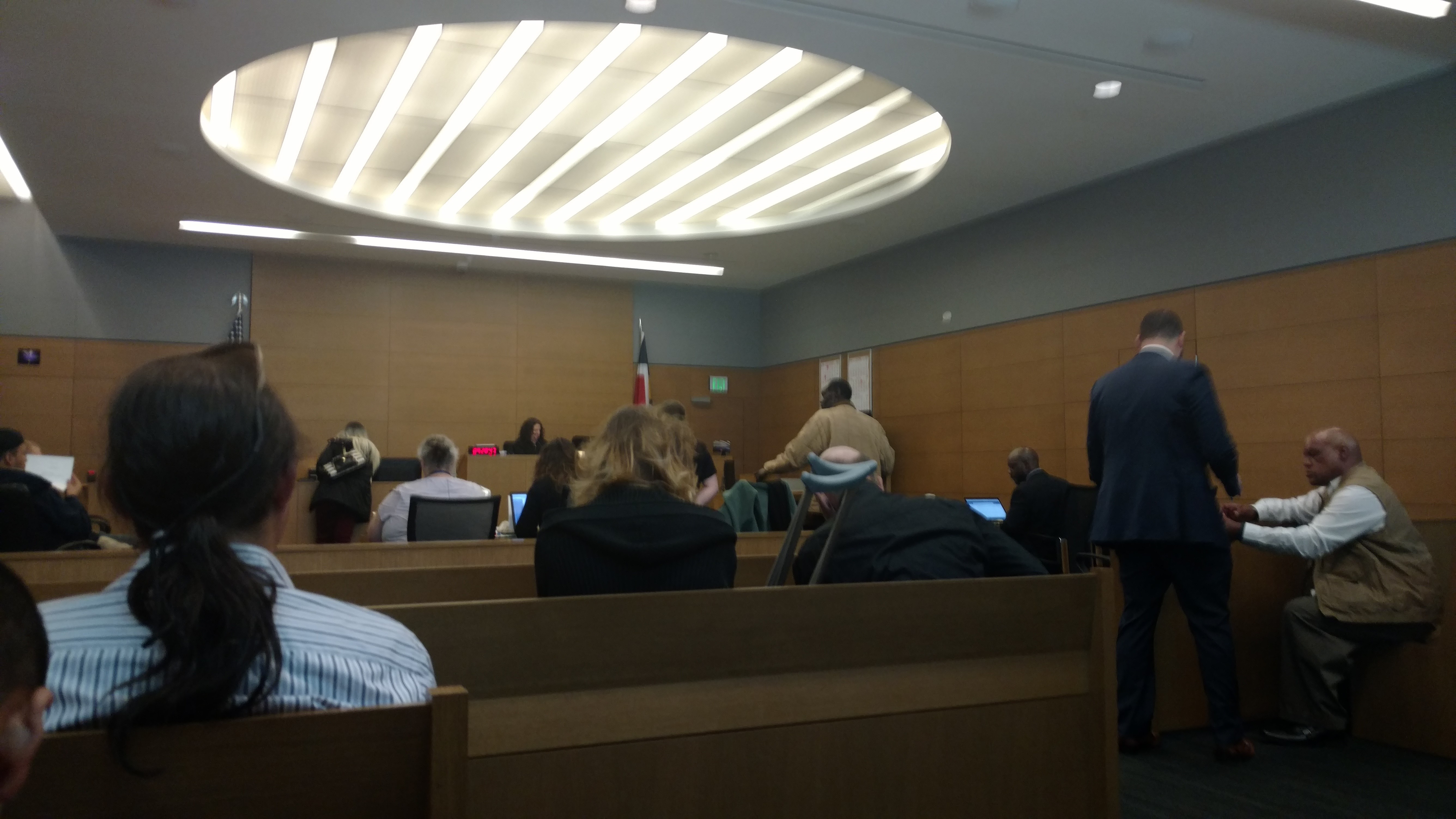 Jerry was facing up to a year in jail and $999 fine for standing to his morals and refusing to do “official” community service under the court – ultimately for trying to survive with a blanket in the winter.

Three people, who happen to be there, testified at the hearing today to Jerry’s daily community service leading the Jerr-E-ville camp. Every day Jerry serves the houseless community by holding down a safe, clean space for people to set up their tents and stay warm, dry, and safer. Moving testimony from all witnesses proved to the Judge that Jerry does in fact do community service every day and has satisfied the 30 hours required.

This is one small victory for the court to recognize the service that Jerry gives every day violating an unjust law in order to provide protection from the elements and the police.

Jerry Burton is a vet who has been without housing living on the streets of Denver on and off for the past couple years. He has a housing vouch through the VA but housing places he calls continue to turn him away saying he needs to make 2 ½ times the amount of rent to live there – even though his voucher covers all the rent. Right now he lives in a tent on the corner of 27th and Arapahoe helping out others on the streets and refusing to be moved until he finds housing.