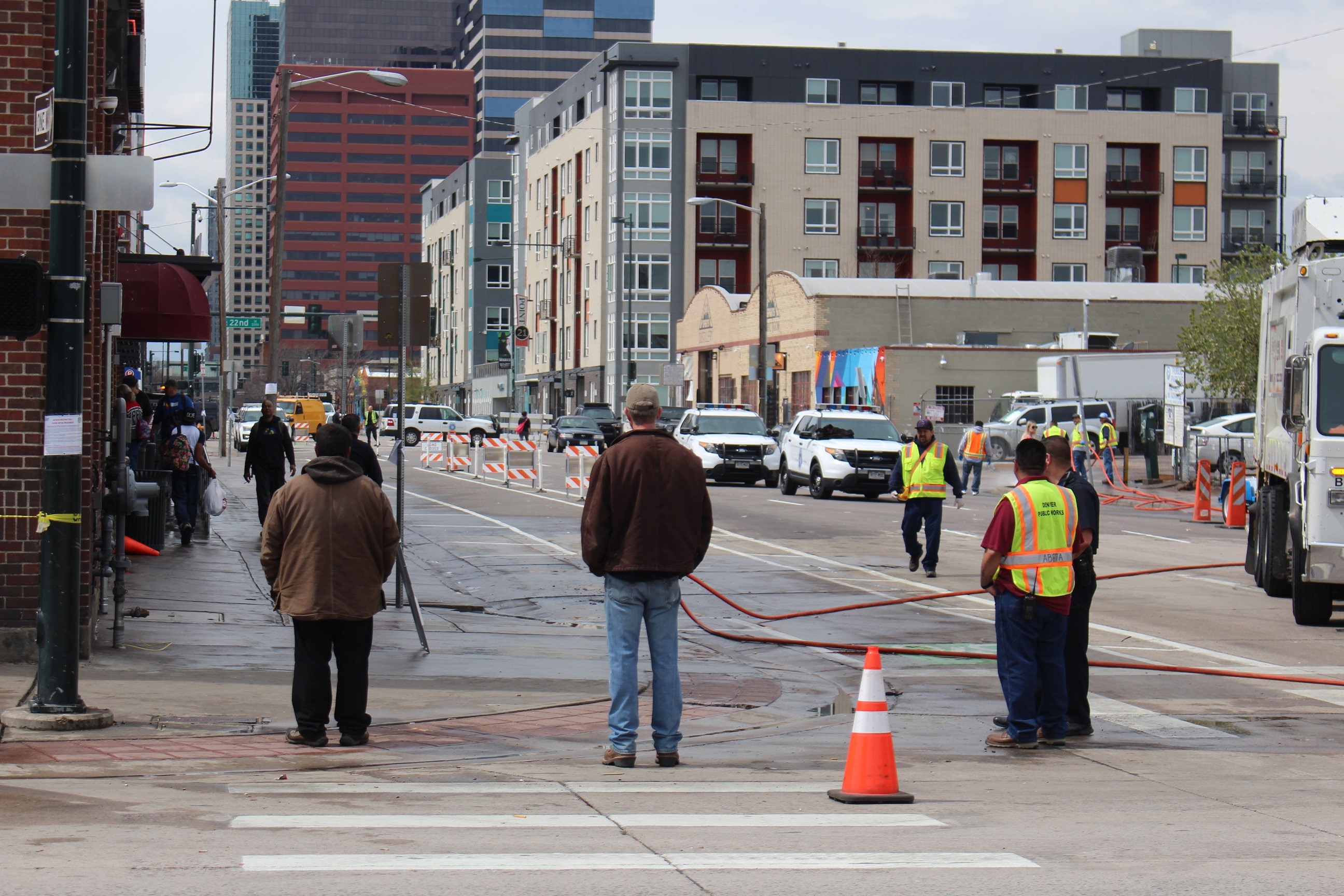 DENVER, CO, April 17th–Today, the city of Denver swept at least a hundred homeless people and confiscated their property with no written notice near the intersections of Broadway, Lawrence Street and Park Avenue.
This action took place ahead of the approval of a settlement stemming from the Lyall v City of Denver court case in which the city of Denver agreed to provide at least seven-days written notice of large-scale encumbrance cleanups.
City of Denver employees posted paper signs throughout the above referenced area the morning of April 17th, 2019, indicating that the area would be temporarily closed due to “health and safety concerns” with no indication of dates, times, or documentation of the “concerns.”

While the Lyall v. City of Denver settlement awaits the approval of District Judge William Martinez, Denver Homeless Out Loud believes the city acted in bad faith as their action does not comply with several agreed upon conditions of the settlement. In addition to a failure to provide appropriate seven-day written notice, private property was either disposed of or confiscated with no written notice of locations or business hours of storage facilities.
Roughly 100 homeless people were affected by the city’s actions, now dispossessed of essential survival gear, displaced, and forced to indefinitely search for a place to rest. Witnesses reported hearing law enforcement tell affected people that they should go “to 27th [Street], or go to the alleys, or go by the river, or anywhere at least 8 blocks from the Mission.”
This action was taken as Denver voters begin to receive their mail-in ballot for the May 7th, 2019 Denver Municipal election and decide the fate of Ordinance 300.