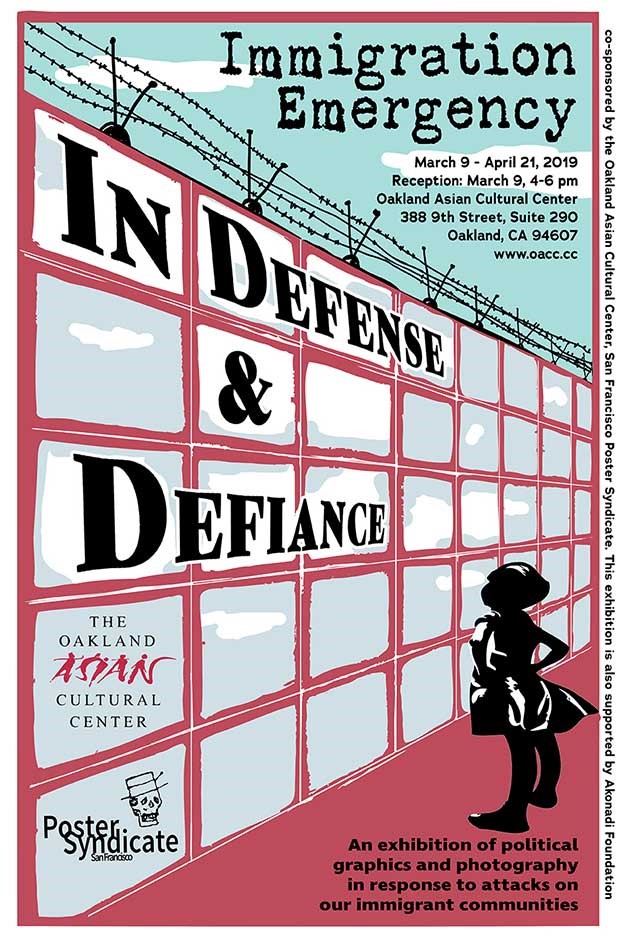 Reception: March 9, 4-6 pm
San Francisco Poster Syndicate will be screenprintng and giving away posters at the opening.
A heightened wave of attacks have been sweeping through America’s immigrant communities over the past two years. The Trump Administration has continuously attempted to construct a wall of policies fed by false xenophobic hysteria that threatens to undermine the very fundamental nature of the United States as a nation of from widely diverse backgrounds.

Through street posters and photography of protest actions, Immigration Emergency: In Defense & Defiance seeks to educate, agitate, and create solidarity around a broad range of issues. More than 30 artists produce powerful artworks in response to the Muslim Ban, DACA, proposed changes to the Public Charge Rule, Sanctuary Cities, ICE raids and detention, family separations, the fake border emergency and Trump’s wall, the 2020 Census, the revoking of Temporary Protected Status, and the rise of deportations of Southeast Asians. These artworks highlight urgent issues that demand a response and commitment from all who view this exhibit to focus greater attention and support towards local communities adversely impacted by these actions.