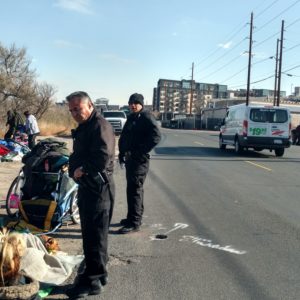 Yesterday, Tuesday 11/6, and today 11/7 the city came in and displaced a community of about 100 people, mostly who were swept from the triangle last week and moved to this location at 29th and Arkins. This area is far out of sight of people passing by, on public property surrounding a vacant plot of land across from the river. This is the same area that people have moved to in the past after being swept from the triangle.

The city swept everyone from this area with no real warning… again. On Tuesday many people were at work when the city came and took their property and came back to find all their property gone.

Today they swept everyone from the second half of the block, including taking all of a women named T’s property. T was not there when they came to sweep, since there had been no real warning, and the city took all her property. She is a women who has been pushed from place to place all over the last two weeks and just wants to get a bus ticket home to her family.

Live stream of these sweeps can be watched on Denver Homeless Out Loud facebook page. 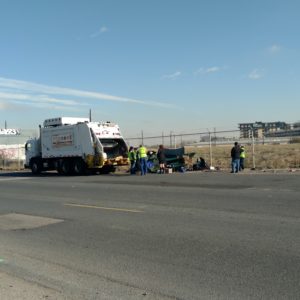