Be back to Lawrence and Broadway bright and early tomorrow (11/16) morning for continued sweeps.

Today, November 15 2016, homeless people who have been surviving together on the streets by Lawrence and Broadway refused to be forced away – to be hidden…as the City tried to do this day. As police tried to kick people off the blocks at least 50 homeless people living on these blocks plus many supporters from clergy to service providers to neighbors stood together, chanting, locking arms, to demand justice. After cops came to sweep the area with the intent of forcing everyone to leave and not come back with any belongings, people who have been staying on these streets moved across the block and right back. Tonight at least 100 people were back camped on these blocks.

But also tonight around 8pm police came back to the area to harass those sleeping there and tell them they will be back “bright and early” and threaten to arrest everyone saying.

We had a big success today keeping this space for hundreds of people to survive, sleep and support each other. Now we must press on again tomorrow… We cannot be swept away. There is no away to go to… If the City is going to sweep us from these blocks we may have to sleep in front of the Mayor’s office so he can see he can’t sweep us away… 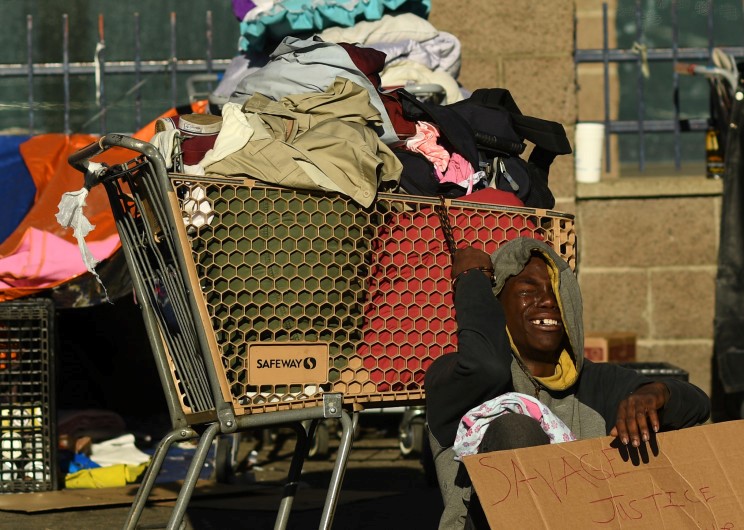