Right 2 Survive is hard at work along with many other grassroot organizations here in Portland. We are coming together to provide support for the 500+ Houseless residents camping along the Springwater Corridor.

The scale of involvement hasn’t been seen here since the dismantling of Occupy. Jobs With Justice (unions), Tenant United, Boots on the Ground, Hazelnut Grove, Right 2 Dream,Too,and other houseless encampments, churches that typically just provide feeds and neighbors are rallying to help out.

R2S and leaders from many of these groups have worked with the Mayor’s office to grant the houseless campers an extra 30 day stay. The new deadline is September 1, 2016. Now, we are strategically working with folks to provide ways to hold the spaces as the SWEEP happens. Non violent resistance, disruption of the SWEEP and support for folks insistent on holding their ground. Know your Rights training and legal support numbers are being given to everyone with support from the National Lawyers Guild, who will be out observing on the first.

Some of the camps that have been allowed to stay where they are, are making space to take in some of the folks wanting to relocate before the SWEEP takes place.

The network of grassroots organizations and the unhoused campers came up with a list of demands for the city. Some of the demands is to: Provide shelter space for those wanting to go there, Find housing for the elderly, disabled and families with children. Provide city sanctioned spaces that unhoused campers can utilize, to name a few. The biggest and loudest statement or slogan is: “NO DISPLACEMENT WITHOUT PLACEMENT”. Right 2 Survive (R2S), has been outreaching to Springwater campers with comment cards to fill out. We will collect the responses with the slogan and their demands and present them to Mayor Hales following a rally in front of City Hall before the September 1 st., evictions.

The initial SWEEP that we were successful in getting a postponement for was August 1st. The reasoning behind this, is the hugely published event Hood To Coast that runs right through the Springwater Corridor and is a timed race across Oregon. People have voiced concerns about the houseless being on the trail or disrupting the race. While some claim fear for there well being. This spurred the mayor’s office to want to clean (SWEEP) the area before the race comes through town. The race, Hood To Coast, draws affluent people from all over the globe to Oregon for two days of racing from the mountain to the coast. Portland is where they fly into, rent vehicles and make additional hotel stays. So the lost revenue from this one event could take millions of dollars from the City.

The Mayor’s office also determined that the pilot program created earlier this year, allowing camping in public spaces from 9 pm to 7 am,” was and is not a solution to the Houseless epidemic in our city”. Therefore, the local law enforcement’s hands are no longer tied as to when, where and how they harass,SWEEP and ticket the houseless.

On Wednesday August 10th, at 6pm Right 2 Survive Radio, will host organizers who are rallying around the Springwater Corridor Campers and a few of the folks who live there. Lisa Fay and Ibrahim Mubarak will be inquiring as to their thoughts on the SWEEP and where they intend to go if forced to leave the Corridor. We will be opening up the phones for anyone who wants to call in to KBOO 90.7fm. The number is 503.231.8032 (PST). We welcome thoughts and intelligent questions for our guest. 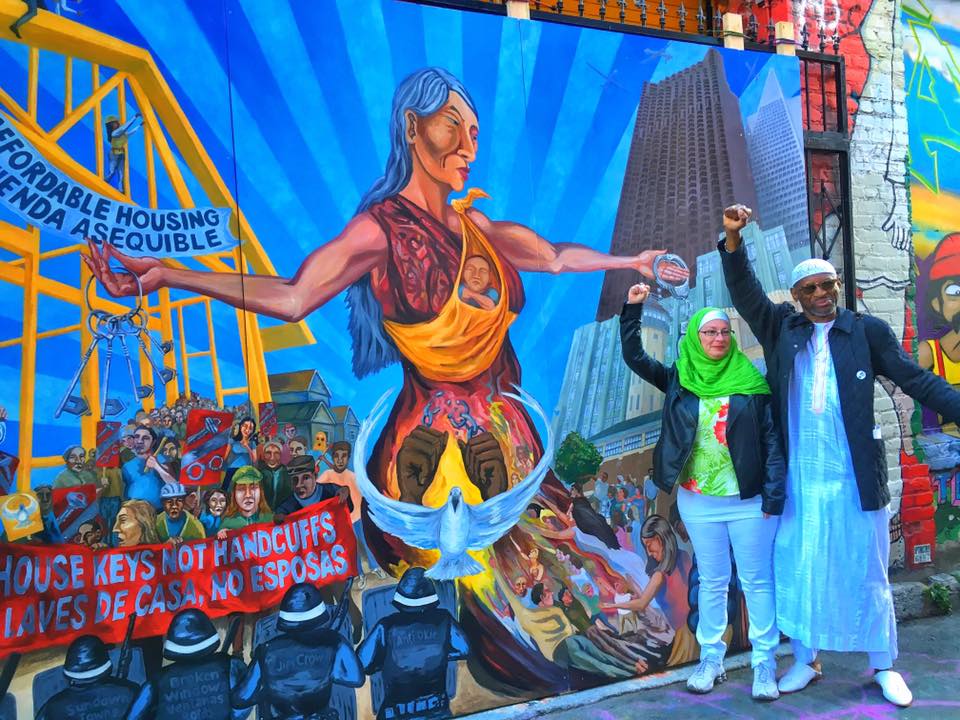