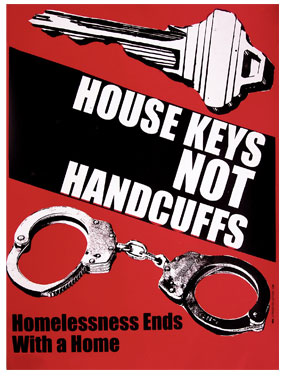 Because federal responses to homelessness have been so ineffective, a growing number of localities are using “broken windows” policing to remove homeless people from public view. These punitive measures involve gross human and civil rights violations.

This nationwide pattern has escaped civil rights protections because these ordinances are drafted very carefully to appear as if they apply equally to all people, but enforcement is very much impacted by people’s skin color, housing, economic, and mental health status.

WRAP civil rights campaign combines street outreach, documentation of civil rights violations, organizing, legal defense, and direct action.  None of us can do this alone. We must work in solidarity with one another to defend those being attacked and pressure local governments to end these discriminatory programs.

The findings of our research are an affront to fairness and decency:

Below is a fact sheet with the preliminary results from outreach to over 1388 homeless people in 13 communities.

If you would like to add your communities voice to this effort download the forms below, complete the surveys, and send them into us. We will add them to the national results and send you your local & national results. 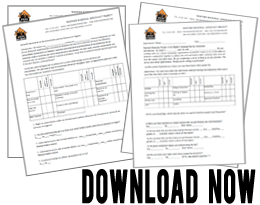 At a meeting in Sacramento last week, we learned that the California State Assembly’s Appropriations Committee has killed all proposed legislations which were heard and then placed onto ‘suspense’ status during the last session. AB5 (Homeless Person’s Bill of Rights and Fairness Act) is one of those legislations. Our bill is officially dead – long live AB5!

This is not the end of anything, merely a new beginning and stopping the criminalization of our communities in both Oregon and California was never going to be easy (As we just saw with the Trust Act). If it was easy it would have already happened. And no doubt about it, it will happen and we will make it happen!

More than a 100 social-justice based organizations have worked together to bring this piece of civil rights legislation to where it got.  Over the next six months, we will organize more vigorously and reach out to a broader base.  In 2014, we will be back with our Bill and will work to get it passed by the State’s Assembly, and moved on to the Senate. We will win this fight!

Local ordinances that criminalize sitting or sleeping in public spaces across the country are not the answer to homelessness. Instead, they make us less able to pressure the federal government to restore funding for affordable housing and reinvest in healthy communities for all people.

We will focus our organizing efforts on building a social-justice campaign which will entail pushing for the passing of legislations in different states. The obstacles we overcome, together, will build our strength which we’ll certainly need a lot of to get the justice and equality that we deserve!