Swept to Nowhere: Experiences and Recommendations from Unhoused People During the COVID-19 Pandemic

This report covers the findings of the recent survey conducted by Denver Homeless Out Loud (DHOL) to gather the experiences and input of people without housing who are directly affected by the sweeps in Denver, Colorado. The findings from this survey of 150 people give us a critical foundation for understanding how sweeps are being conducted on the Denver streets and what changes should be implemented. The survey was conducted by DHOL members and volunteers from April 2020 to August 2020. Surveyors were carefully trained to stay unbiased in asking the survey questions.

These findings indicate that sweeps do not connect people with housing or ‘services’. They show that people are mostly moving from block to block, are not seeing the notices, are losing valuable property in the process, and are not getting that property back. We include 16 recommendations based on these findings, but they can be boiled down to the following:

The full report details other improvements that can be made to the process to move towards actual effective cleaning instead of sweeping human beings from  block to block. 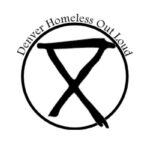