Denver, Co. CALL FOR SUPPORT! Sign on to Letter to Governor Demanding No Sweeps or State Troopers Policing Our Communities 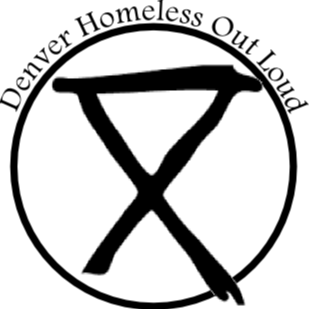 As you may have heard, on Thursday July 23rd 2020, Governor Polis called on the City of Denver to send police to sweep homeless communities off State land, and later that day the City of Denver gave the Governor the authority to use State Troopers to do sweeps themselves. This use of force to remove visible poverty and homelessness, which Governor Polis has made worse by not issuing cancellation of rent or opening hotels as emergency housing in this pandemic, is against CDC guidance and, bottomline, destructive to a community with no option to live safely in a house.

We need everyone’s voice together to demand the Governor not use State Troopers to sweep “away” those without housing living in Lincoln Park or around the Governor’s Mansion. Please let us know if your organization will sign on to this letter to the Governor ASAP.

Letter to Governor regarding sweeps and troopers

We are writing to demand you retract the statements you made on July 23rd 2020 perpetuating hate, harm, and dehumanization of people living without housing, and calling for sweeps of homeless and social justice protest encampments on or around State property. Calling in State Troopers to criminalize homeless people for surviving on State land (which is land stolen from Native People’s), is not moral, effective, healthy, or constitutional. Rather than hiding housing problems, how about some solutions??  Hiding poor people by removing them out of sight does not eliminate poverty.

We are deeply offended by the way you talked about those living in Lincoln Park and around the Governor’s Mansion. Not once in your speech did you recognize that the people living in these encampments are there because they are victims of a housing crisis, made worse by the COVID pandemic, nor did you offer hope with some kind of solution so they would not have to live that way because the state is working on solutions. In today’s economy, finding a job that pays a living wage with the ability to afford housing is, at best, a 30 out of 100 chance (pre-pandemic data). Instead you spoke only of “getting rid of tents” and property destruction or lawlessness – never once of human beings.

Furthermore, you completely ignored the fact that one of the two encampments you were targeting, the one around the governor’s mansion, is not only a safe haven for houseless people, but also a protest against racism, police murders, poverty, ect. –  an organizing base to stand for political change. Failure to be aware that tents around the Governor’s mansion were part of a protest especially in these times shows a huge lack of awareness. Last we checked, political speech and active participation in democracy was encouraged in our constitution.

We ask that you publicly apologize for the demanding way you spoke of houseless people which furthers the spread of hate and harm against those without housing.

Sending in State Troopers to force people living in Lincoln Park due to lack of housing access out, scattering people to the streets of Denver, is directly against CDC guidance. Scattering people from place to place puts our whole community at further risk of spreading COVID-19. Staying in a tent outside is safer for those without individual housing options than staying in a congregate shelter. As you have said yourself, it is safer to be outside than inside in crowded settings in this pandemic (reference to the need for outdoor business patios). Unless individual housing options can be provided, the CDC says encampments should not be swept. Furthermore, cities should provide sanitation resources including bathrooms and hand washing to all encampments. Currently, the City of Denver has largely stepped back on their normal practice of sweeping encampments (always a harmful practice) because of this CDC guidance. If you send in State Troopers to sweep those without housing living in Lincoln Park or around the Governor’s Mansion, you will be going directly against CDC guidance.

Since you made it clear you are unaware of the status of Denver’s “Camping Ban” (better named Survival Ban) law, we want to inform you that this law was recently found unconstitutional by Denver Judge Barajas. It is now in the appeals process in Denver District Court after the City appealed. Furthermore, it is of note that the list of Denver ordinances Denver Safety Director authorized Colorado State Troopers to enforce does not include the Camping Ban (38-86.2). If State Troopers attempt to use the Camping Ban against people living in Lincoln park or around the park or the mansion on the public right-of-way you will be acting outside of your powers.

On a technical note, since you were not aware of the status of the other Denver laws, we also want to ensure you are aware of the recent class action lawsuit settlement against the City of Denver for sweeps. This requires that the City post notice 7 days prior to any large scale sweep, and that property be stored for 60 days, not trashed. You should be aware of these additional legal requirements, though to be clear, no sweeps should take place, period.

If you want to claim you represent the people of Colorado, you must hear from the people directly affected. We ask that you immediately set a meeting with members of Denver Homeless Out Loud along with residents of the encampments you are targeting on State land.

You have the ability to make a real difference in the accessibility of housing for those living outside right now. You could have canceled rents and mortgages to keep people from losing their housing. You could have opened hotels as emergency housing for all those without. But instead, your approach is to send State Troopers in to criminalize and scatter the very people left without housing due to your inaction.

Instead of turning to police as the answer, take actions to provide housing and sanitation facilities. Or open your mansion at 7th and Logan for those without housing living in the park and around the mansion to live.  You and your family don’t live there.

Filed under: #right2rest, #StopTheSweeps, Denver Homeless Out Loud by Jonathan
No Comments »