As Racism and Police Terror continue to dominate our country, it is due time we the people rise in outcry to this injustice. Racism is at the root of mass homelessness in the US – over 50% or the nation’s homeless population is black, with only 12% of the general population is black. Police terrorize people for being homeless, forced to survive in public, every day. These fights are all tied together. 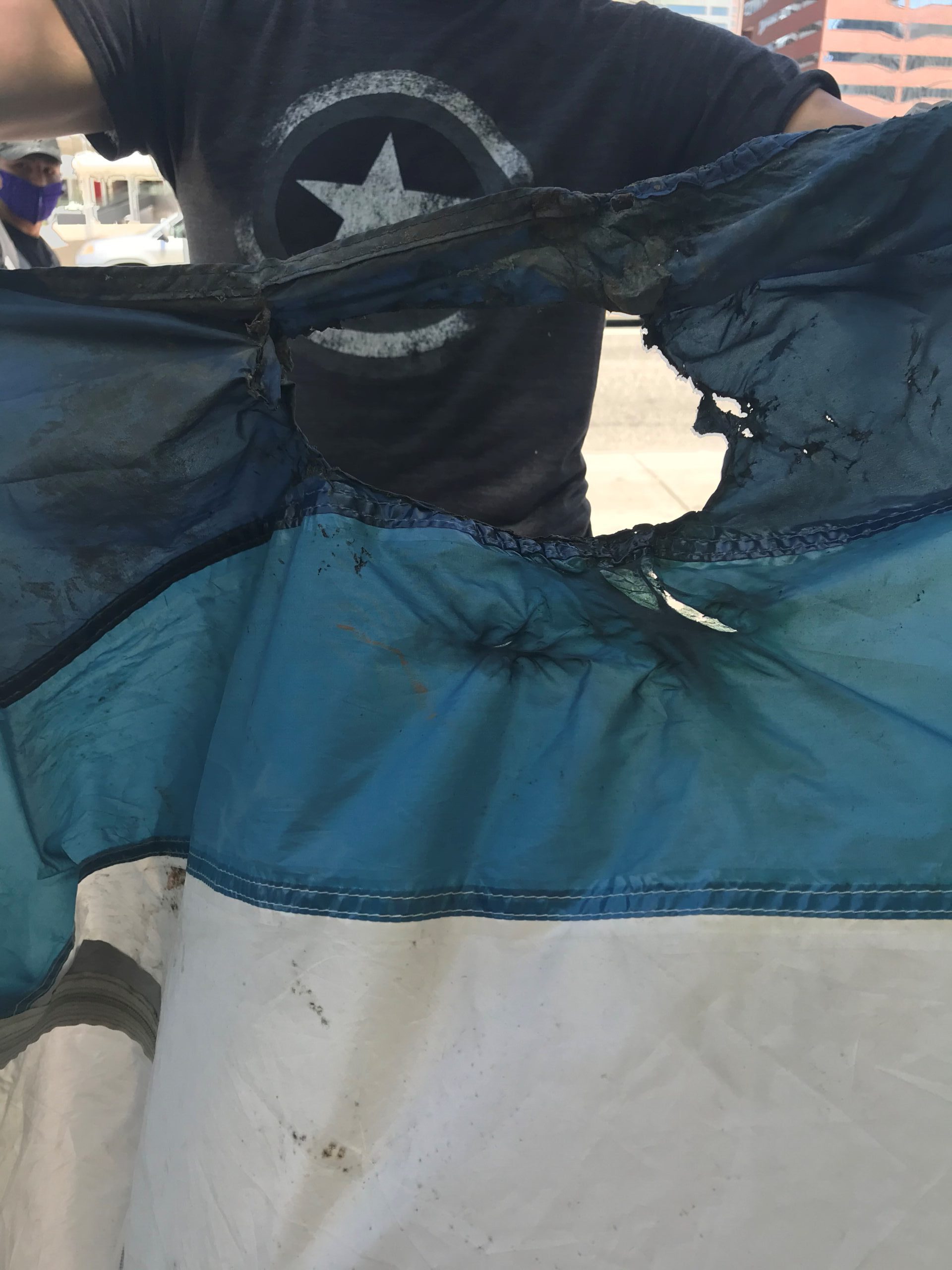 At least 3 people (known of thus far) were arrested for curfew last night – in spite of being homeless and having no way to “go home” at the curfew hour. Any legal support for these folks would be great (but we have to figure out there full legal names first)!

Two tents were damaged – one burt by police smoke bomb, one ripped in the chaos. Both of these tents were large 6-8 man tents. If anyone can donate two large tents to replace these that’d would be much appreciated by the residents!