The police are currently surrounding the Food Not Bombs meal shutting down the only food for poor people. They just handed us a letter dated yesterday ordering us to stop feeding people. They did not talk with us or negotiate with us. We have placed circles every six feet and have marked off our food line at six foot intervals to keep social distancing.

We are happy to move to another location but only after we are able to let people know where that will be and that it be close to our kitchen at the Veterans Memorial Building. The proposed location area is flooded.

The very people who we have been urging to respond to this crisis have failed and now without warning are shutting us down. Yes, they are criminals and look foolish but this is a pandemic and   since they are not responding to the crisis other than by arresting the homeless and taking their belonging the community should demand that they cooperate with the principle relief organization n their community. Over 400 people are likely to arrive at the Town Clock at six today seeking hotel rooms that we are planning to provide but now we are having to deal with a police action instead.

The new location they are demanding we move too is flooded at this exact time. This is crazy.

Mayor Justin Cummings, City Manager Martin Bernal. City Attorny Tony Condotti and Police Chief Andy Mills all failed to address the COVID-19  crisis letting people sleep 8 inches apart in the Salvation Army Shelter on Laurel, spend untold thousands on a triage program that resulted in 16 people getting hotel rooms and failed to provide portable toilets, refused to place unhoused people in hotel rooms and has no plan to feed the hundreds of people without access to food including those 16 they placed in Motel Santa Cruz.

The Santa Cruz Homeless Union and Food Not Bombs have paid over $5,000 placing 81 unhoused people in hotel rooms last night after we we spent two weeks urging them to respond to the crisis. The shelter is still packed in violation of both logic and orders of health officials. 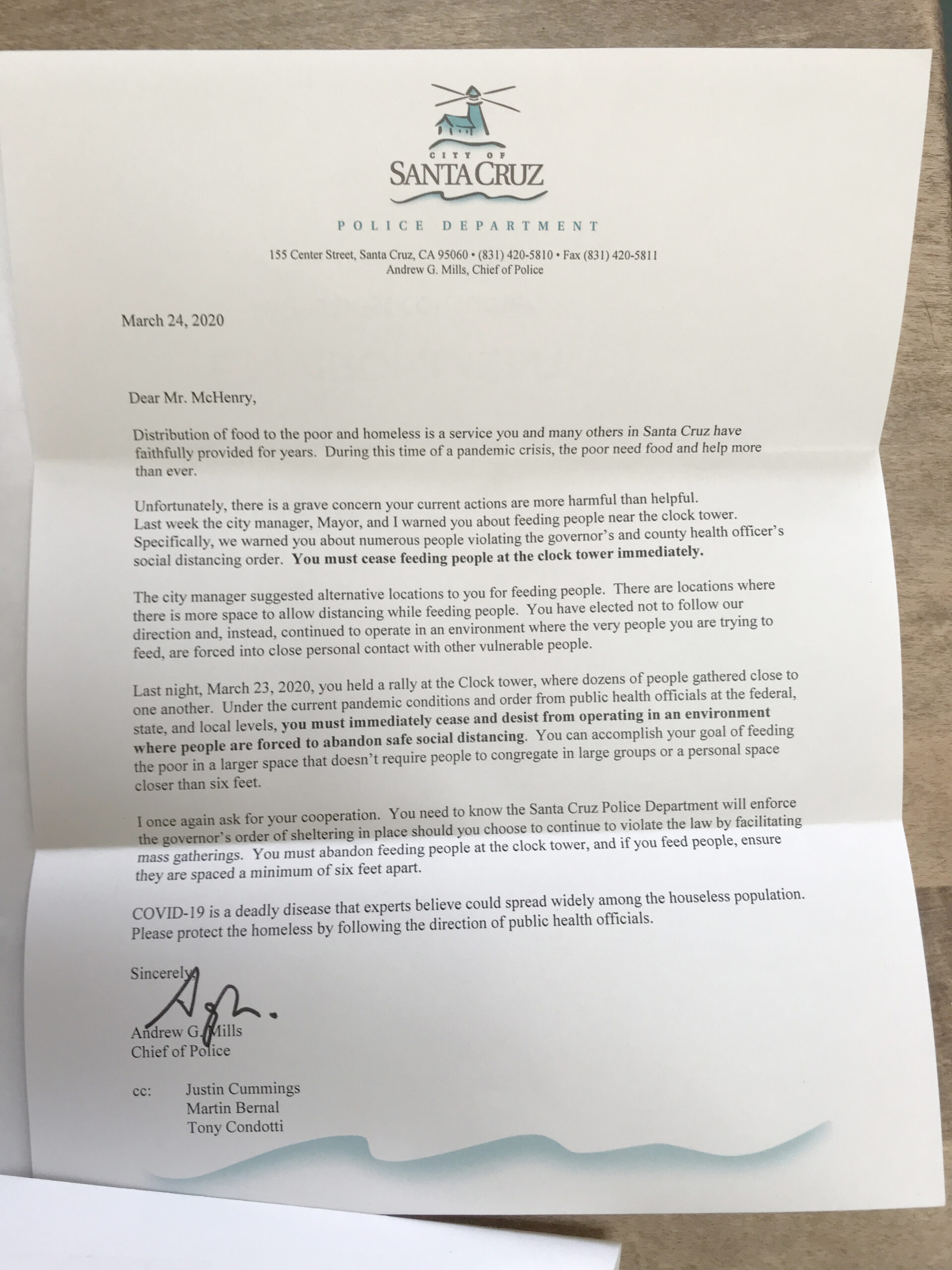