LACANetwork
Despite a hiring spree of city employees and non-profit outreach workers, and after almost three years to get the operation going, funded by millions of dollars taxpayer approved money each year, L.A.’s homeless crisis isn’t getting better.

That is the takeaway from a recent briefing on homelessness and the 2019 point-in-time count, the results of which are due to be released May 31. “I’ll tell you it’s gone up. We don’t have our final numbers, but I expect… at least some double-digit increase,” Mayor Eric Garcetti said of the pending report from the Los Angeles Homeless Services Authority (LAHSA). 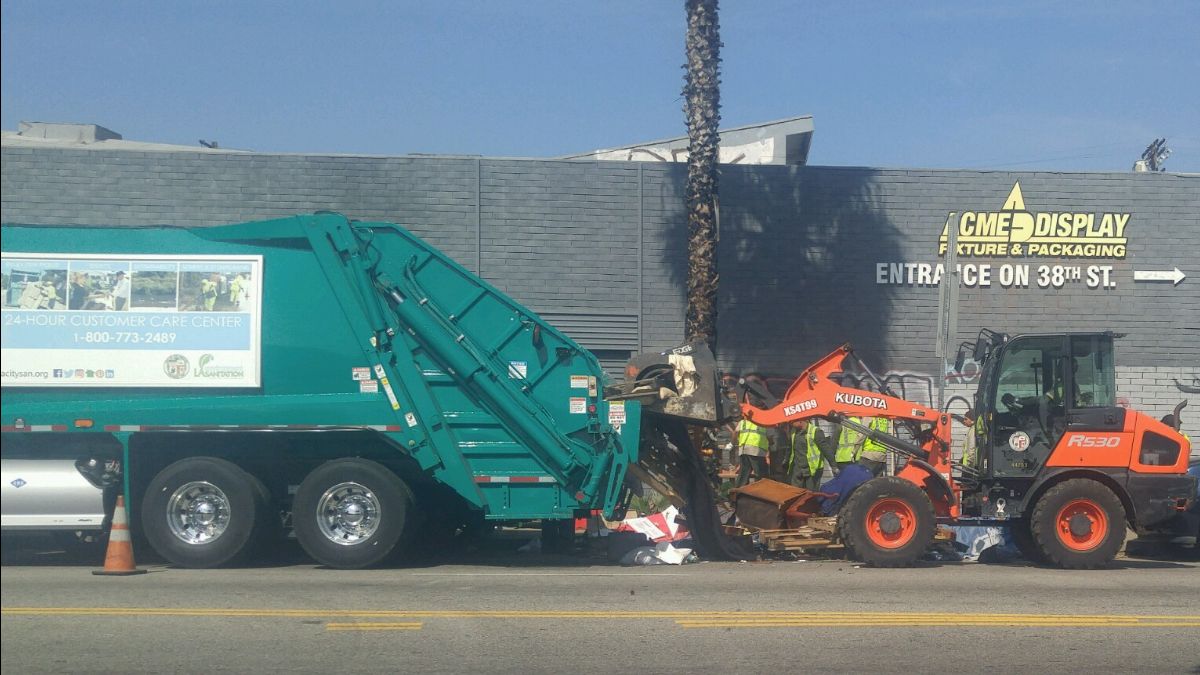 “The politics of homelessness is on full display in Los Angeles,” said Pete White, executive director of LA CAN,” and local officials invested more in rhetoric than work will face the political consequences of their inaction.  As the houseless death toll continues to climb (918 in 2018) all Angelenos should be outraged and ready to hold accountable those entrusted to solve the crisis.”

The city’s lack of progress in reigning in homelessness comes as no surprise to Angelenos: an ABC7-TV poll found a majority of Southern California residents say a measure aimed at creating homes for houseless people is failing. Proposition HHH, the $1.2 billion bond program to add 10,000 units of permanent supportive Housing, has been plagued by mismanagement, skyrocketing costs and neighborhood resistance.

The Los Angeles Times, too, has been critical of local officials’ efforts to get people off the street and into housing. In addition to the slow pace of HHH-funded construction, the Times mentioned the wait for permanent housing has stretched to an average of 215 days and the city’s $77-million shelter expansion plan has produced two facilities, with room for 147 people. Authorities reported that 53,000 people were homeless in the L.A. area in 2018.

Passed overwhelmingly by voters in November 2016, Prop. HHH has not lived up to the hype. The 10-year permanent-supportive housing goal has shrunk to under 6,000 units, the construction cost per unit exceeds $500,000, and three years into the effort none of the projects have opened yet. The disparity between what was promised and what happened has made residents skeptical about the city’s plan for dealing with homelessness.

Those in charge of administering L.A.’s homeless policy are not helping matters by withholding information.  LAHSA’s 2019 point-in-time count, which was conducted in January, is being held for “further analysis,” executive director Peter Lynn told the L.A. County Board of Supervisions.

Additionally, the City Controller’s Office has yet to complete the first year audit of Proposition HHH finances, as required by the ballot measure, and make it available to the public. This is particularly concerning as nearly all of the $1.2 billion bond funds have been committed with little to show for it except stepped up LAPD enforcement around encampments and outreach workers collecting vast amounts of information from homeless people without having housing to offer in return.

A spokesman for City Controller Ron Galperin said the audit will be ready “this year.”

Houseless people in L.A. are dying in record numbers (918 last year), elected leaders are dusting off old ideas that have never helped people exit homelessness (such as the mayor’s citywide shelter program), and the FBI gathered Prop. HHH records as part of its ongoing corruption probe of City Hall.  At the same time, advocates charge that HHH funds have been misappropriated for projects that are prohibited under the city’s own regulations for permanent supportive housing.

One of the unintended consequence of the botched HHH rollout is the rise of NIMBYISM.  Across the city, efforts to site homeless housing have been challenged aggressively by neighborhood groups afraid that their property values will nosedive, crime and drug abuse will increase and their communities will become magnets for “outsiders” looking for a handout.  Unfortunately, some private citizens are taking matters in their own hands by threatening unhoused people; placing illegal planter boxes, gardens and other obstacles on public sidewalks, and harassing folks who provide food and other assistance for their less fortunate neighbors.

Any plan to eradicate homelessness won’t be effective until we see the unhoused for what they really are: human.

The Los Angeles Community Action Network (LA CAN) and a coalition of groups working together with unhoused residents demand an end to the failed status quo. We’ve called for greater transparency and accountability, offered suggestions for building low-income housing faster and cheaper and argued that those experiencing homelessness should have a voice in solving the problem.

“The politics of homelessness is on full display in Los Angeles,” said Pete White, executive director of LA CAN,” and local officials invested more in rhetoric than work will face the political consequences of their inaction.  As the houseless death toll continues to climb (918 in 2018) all Angelenos should be outraged and ready to hold accountable those entrusted to solve the crisis.”

Involve the community. Rather than give the homeless policy establishment more money to do what they do regardless of the outcome, the mayor and city council must include impacted communities in creating and implementing housing policy.  Unhoused people know what they need and have proven solutions that foster self-determination and stress the need for housing first.  Instead of holding job fairs to fill homeless services positions, priority should be given to hiring houseless people with lived experience.

Look outside the box. Today there are new manufacturing technologies to build homes faster and cheaper.  Micro homes, shipping container apartments, and 3-D printing are viable alternatives to traditional construction methods.  In accordance with the mayor’s recently unveiled sustainability plan (L.A.’s version of a Green New Deal), the city can create a “greenprint” for others to follow by developing climate-friendly, clean energy communities, or “EcoHoods,” throughout the city.  Consisting of studio size units with solar power, composting toilets and reduced carbon footprints — and designs that are architecturally consistent with any neighborhood — EcoHoods can play a key role in providing stable housing for low-income Angelenos.

Stanch the “in-flow” of people being pushed out by rising rents.  Mayor Garcetti must fully fund the Right to Counsel Ordinance.  A growing coalition of organizers, advocates, legal services organizations and activists wants $10 million added to the mayor’s budget to halt the in-flow of those rapidly entering the ranks of houselessness. That money would go to legal aid, education, outreach and emergency payments to help keep struggling renters in their homes.

Prioritize city-owned proprieties for housing. Despite a real estate portfolio valued at an estimate $3 billion, there’s no long-term strategy for leveraging L.A.’s incredible wealth of city-owned land to alleviate the homeless crisis. The city controller found that there are up to 500 underused city-owned sites available for development. The McKinsey Global Institute estimated in a 2016 report that there are also 5,600 to 8,900 vacant parcels, both publicly and privately owned, zoned for multifamily development throughout the region. All city-owned parcels should be analyzed as potential sites for low-income housing before they are considered for sale or alternative development.

Tap additional sources of revenue. Whether or not the HHH goal of adding 10,000 permanent supportive housing units is achieved, Mayor Garcetti needs to use his bully pulpit to secure additional homeless funding from state and federal programs and philanthropists, as well as landlord linkage fees and the PledgeLA technology industry initiative which was created to “promote civic engagement” and employment opportunities across “L.A.’s booming and dynamic tech sector.”  (Los Angeles is one of the fastest-growing tech hubs in the country and industry leaders have the financial firepower to jump-start homeless housing projects.)

Protect affordable housing. Every year thousands of rent controlled units are taken off the market, leaving many rent-burdened tenants (people who spend more than 50% of their income on housing) without a place to live. There must be stiffer laws to discourage the demolition of rent-stabilized apartments and preserve the existing inventory.

Mayor Eric Garcetti promised in his recent State of the City address that “in this coming year, we will start seeing a difference on our sidewalks and in our communities.”
The release of the Los Angeles Homeless Services Authority’s annual homeless count numbers on May 31 will provide an indicator if indeed progress is being made. 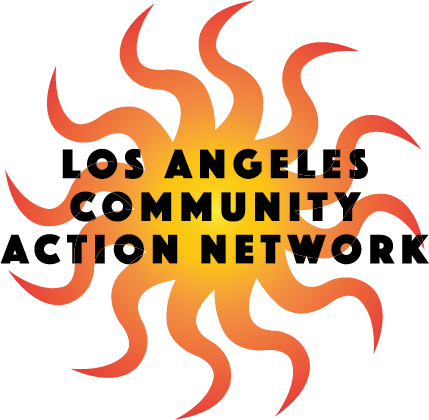