“For at least two years, the city of Denver has been contracting Custom Environmental Services, Inc.(CES) to assist in clearing out camps of people without housing. Unicorn Riot filed Colorado Open Records Act (CORA) requests and received about 50 invoices sent from CES to Denver Public Works (DPW) from September 2017 to September 2018. In those 12 months, Denver paid CES nearly $400,000 to, in the invoices’ language, “mobilize to site to continue clean up”and “mobilize to storage facility for homeless to claim belongings.””

This is in addition to the money spent paying police, sheriffs, inmates, and public works. If all this cost were to be added up the number would be at least double the 400,000 Custom Environmental has been paid.

Just in the last month “police have had a 24/7 presence at the cross streets of Park Avenue West and Lawrence Street. In using the average hourly wage in the above graph, Unicorn Riot calculated that the city is paying $25,442 for just one officer to be working those hours.

Unicorn Riot goes on to point out “The cost of one tiny home, which can house 1-2 people, is about $8,500. For the amount of money the city spent on paying Custom Environmental Services for assisting in the sweeps, nearly 50 tiny homes could have been built and could currently be housing 50-100 people.”

As long as the city choice to spend our tax dollars on sweeps rather than housing, homelessness we will never end homelessness. 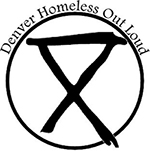