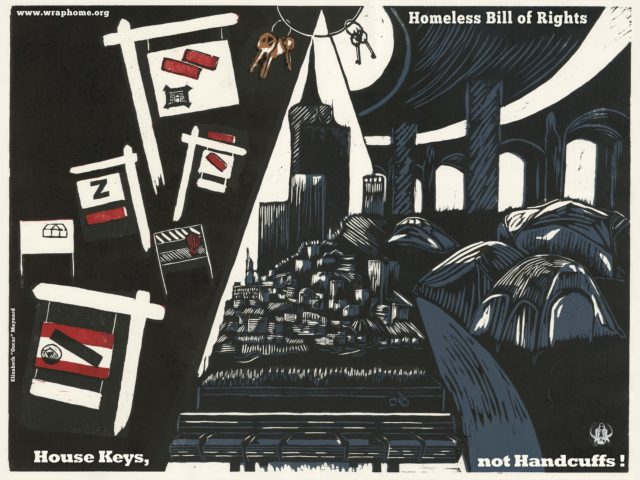 When: Wednesday November 21st 2018 6pm
Where: Location to be announced
What: Community Convergence Demanding End of Homeless Sweeps 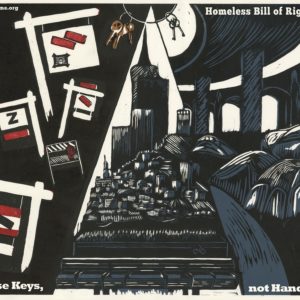 After 4 weeks of non-stop police sweeps of homeless people trying to survive the winter, the people of Denver are saying enough is enough and convening in public outcry to demand this displacement end. 319 sleeping bags will be collected and distributed to people living on the streets to represent the 3195 people who have been contacted by police for violating the survival ban (known as camping ban) in the last 9 months and forced to move along to nowhere.

On October 29th 2018 Mayor Hancock sent in police and city cleaning crews en mass to sweep over 200 homeless people who had been staying in tents outside for months. Homeless people gathered together for safety and access to resources in this area. This police sweep scattered the over 200 homeless people around the city. But Mayor Hancock did not stop there. Over the next 3 ½ weeks he has sent police and city workers out to sweep any congregation of visible homeless people using protection from the winter weather. On November 6th and 7th large scale police sweeps displaced people trying to gather at an area off Brighton blvd surrounding a vacant plot of land. And than when people came back to the area – with no where else to go – police swept the group and painted lines calling the whole area “closed.”

We refuse to sit back while the City sends police to sweep homeless people from sight. Police are forcing homeless people to stand up, take their blankets off, take down their tents, and move along in the cold. Right NOW this is happening right HERE in OUR city.

We are converging together on Wednesday November 21st at 6pm to make our OUTCRY heard loud and clear by the City of Denver. We will take space in our city to try and exist in solidarity with those without housing — and in demand for the right to survive.

Stay tuned for details on where we will be convening…

If you can donate…
Bring a sleeping bag, tent, blanket, hand warmers, food, coffee…
(we are trying to collect 319 sleeping bags to represent the 3195 people moved along for the survival ban in the last 9 months)

One year ago this day Ink Coffee made a sign saying “Happily Gentrifying the Neighborhood since 2014” and the people of Denver responded in outcry demanding action to end this unabashed gentrification of our communities. Exactly one year later the City is sweeping every homeless person from the blocks two blocks away from that very coffee shop. This gentrification must STOP.

Filed under: WRAP in the News, WRAP Members by Jonathan
No Comments »