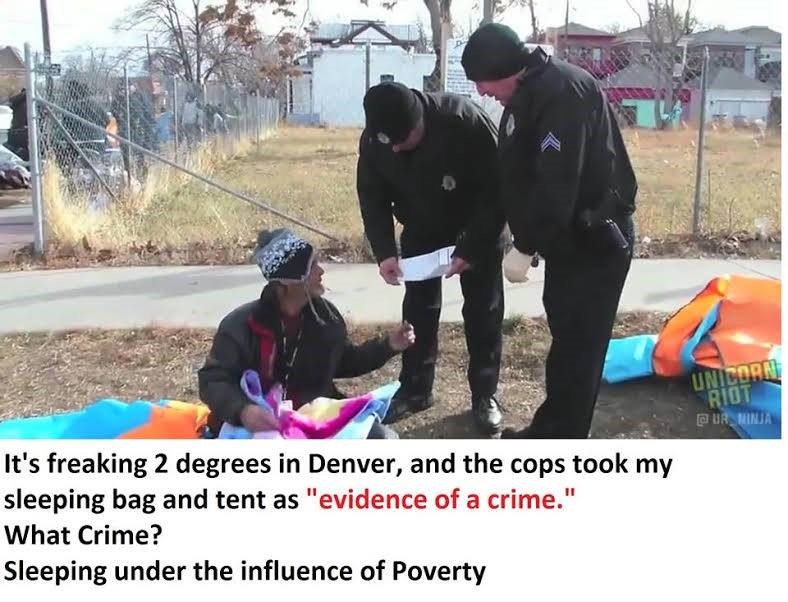 People Swept From Outside Mission Area Forced to Near By Blocks

Over the past few days police started coming to the mission area in the evening rather than the morning and forcing people sleeping there to move. Police reportedly told people that they just needed to move at least three blocks. Many people who had been staying outside by the mission moved a few blocks. Police have been letting folks sleep on these new blocks but have been waking folks up and moving the in the morning. Who knows how long they will continue to let folks sleep the night in these areas…

People have been swept totally away from the mission area and returned at least 4 times over the two past years. Usually it only takes a few weeks or less before people start sleeping there again. The people will prevail! These insane cyclical sweeps must end!!

(However, they continue to use fast and stereo typed ideas of the root causes of homelessness, blaming drugs and mental health rather than lack of attainable housing. The massive spick in homelessness over the past few years does not correspond to any data on massive increase in drug addiction, but it does correspond to the massive spike in housing costs.)

With winter upon us and sweeps continuing people surviving on the streets need gear to survive. We are seeking donations of survival gear to give out to those in need on the streets. Here are some of the most needed things:

If you have or can buy these items to give out on the streets feel free to either pass them out directly to those in need on the streets or bring them to our office at 2260 California St. However we are NOT taking cloths donations at our office. If you want to bring donations to our office the best time is Mon-Fri between 2-5pm, however if that time does not work feel free to contact us and we can find a time that works.