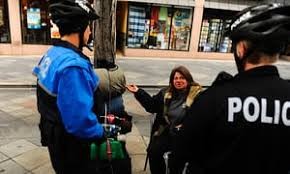 The Denver City Council will be holding their final vote on the smoking ban on 16th street mall – sponsored by Councilman Albus Brooks – on October 30th at 5:30pm at the City and County Building 1437 Bannock St. The bill passed committee and first reading with concerns but no objections to moving forward. The bill was not called for public comment so there will be no chance in the hearing to speak. Since the public will be silenced in this space from speaking their concerns we will be holding a rally outside in front on the city and county building at 4:30pm to show the council that we do not want these discriminatory laws. Bring a sign, if you can, that calls out the injustice of this smoking ban.

The proposed “Breathe Easy” ordinance or, better called, Smoking Ban on the 16th Street Mall would make it a civil offense and institute fines of up to $100 for people who smoke or vape on the pedestrian mall. These laws are used to target homeless and poor people in attempt to move them out of the area. These laws have been proven in cities across the country to discriminate against homeless people and to lead to the incarceration of homeless and poor people. In both Boulder and Fort Collins over 83% of those ticketed were homeless. There is no way but to see this as unjust, harmful, and unconstitutional discrimination. We must stand against this continuation of laws like Jim Crow, Sundown town, and other laws of the past meant to push unwanted people out of public spaces.

Denver Homeless Out Loud, Harm Reduction Action Center, Interfaith Alliance of Colorado, Warm Cookies of the Revolution, and American Civil Liberties Union of Colorado are all standing up to oppose this injustice. Please join us!

Contact City Council members and tell them to vote NO on the bill.