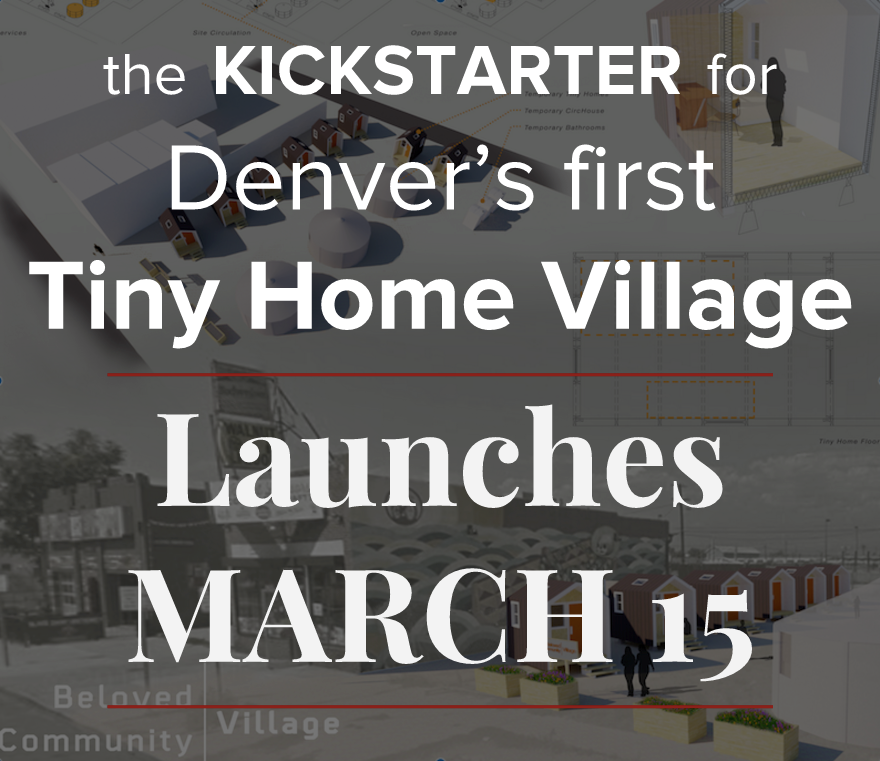 It is almost real… the first ever tiny home village in Denver is about ready to be built! But first we have to have the money to build the homes! Our “gofundme” will kickoff on March 15th…

Beloved Community Village will be a community of 14 people who are currently living on the streets and in shelters who will soon be living on 38th and Walnut in 11 tiny homes with a shared community building and a beloved community! This village is the work of a large collaboration of organization we are now calling Colorado Village Collaborative. But we need money to make this possible…:)

Fort Collins’ City Council is proposing a sit-lie ban, which they are calling the “Appropriate Use of Shared Public Space” ordinance. In their first hearing and vote on the bill last Tuesday, the city council voted to gut much of the most horrifying elements of the bill – such as making sitting on side walks illegal, sitting on benches for more than an hour, and having a shopping cart. There are still some concerning elements to the bill left. The City Council will be making the final vote the bill on Tuesday the 21st.
Read More
http://fccan.org/fchc-statement-sit-lie-ban-press-release
Mark Your Calendar for Court on April 4th

The camping ban trial date has been changed to start April 4th. Mark your calendar to attend the April 5th-6th Camping Ban violation trial at the Lindsay Flanagan Court House, 520 West Colfax Avenue, Denver. The City and County of Denver is prosecuting Terese Howard, Jerry Burton and Randy Russell for changes of “unauthorized camping” which is defined as “using any form of protection from the elements other than one’s clothing.” The trial begins at 8am on April 4th and is likely to run for 2 days or maybe longer. These three individuals are facing, according to the law, up to $999 or a year in jail for the crime of using blankets to try to stay warm on a cold winter night. The city has dedicated massive resources to continue to prosecute these individuals for using protection from the cold weather.