Join us to get ready to bring about the Right to Rest Act in the 2017 legislative session!! After two years of running this bill to protect our basic human right to survive, this fixing to be a big year! After a year of intense sweeps in Denver, along with major sweeps of communities in Colorado Springs, Pueblo, and others, a re-surge in enforcement of the camping ban in Boulder after a brief hold off, and hiking rent prices all over Colorado leaving more people with nowhere to live but outside…We are ready to come in strong demanding the Right to Rest this year.

Over this past year we have shown that together, with persistent work and boldness, we do have power. We the people of the streets, bridges, and poor won this year – stopping a sit/lie law from passing in Fort Collins, getting a brief hold off on camping ban arrests in Boulder, building new organizations to fight for homeless people’s rights in Colorado Springs, filing a lawsuit against the city of Denver for unconstitutionally taking people’s property, forcing the Denver Mayor to instruct cops not to take survival gear when enforcing the camping ban, among many other wins across Colorado. May this also be the year we win the Right to Rest… 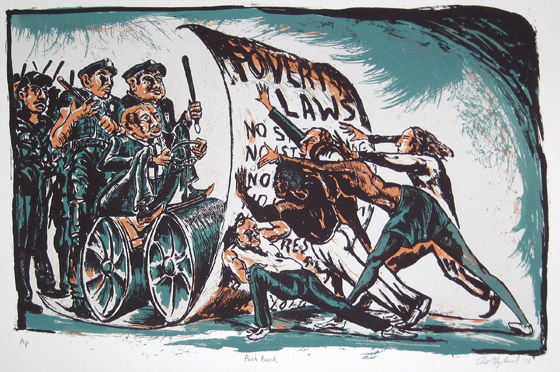 The Right to Rest Act is a state legislative bill created from street outreach and run together with California and Oregon all as part of the Western Regional Advocacy Project. The bill protects all people’s rights to exist in public space – to sit, lie, sleep, cover oneself, sleep in a vehicle, have belongings, and share food. Basic survival. Yet, every year businesses, city governments, and the like show up to convince the legislators these are not human rights and cities must have laws to push unwanted people out of sight.

We will not be pushed out of sight. We will continue to exist in public – and increasingly so as homes are becoming more and more as a privilege for the rich.

P.S If your organization, business, church, ect has not yet endorsed the Right to Rest you can do so here https://coloradohomelessbillofrights.org/endorse-the-campaign/ 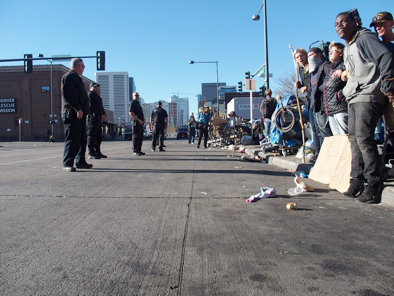