In April of 2014 members of Denver Homeless Out Loud hit the streets with questionnaires to document homeless people’s experiences with police and private security, shelters, and basic survival on the streets. Soon after groups in Fort Collins, Grand Junction, Boulder, Colorado Springs and other cities/towns through Colorado join on and started gathering these same questionnaires on the streets in those cities. In November 2014 we examined the findings and determined the rights which would be in the Right to Rest Act based on the activities people were being negatively impacted by the most and which are acts of survival which all people must do. Through street outreach in Colorado we came to the same core rights as California and Oregon came to through street outreach.

At this time we in Colorado joined Western Regional Advocacy Project (WRAP)! Together with WRAP we wrote the Right to Rest Act.
In December 2014 Representatives Joe Salazar and Jovan Melton agreed to take the lead in sponsoring the Right to Rest Act HB 1264 in the Colorado State Legislator! And on April 15 and 27 2015 the Right to Rest Act was heard in the State Veterans and Military Affairs Committee. Testimony was given by people criminalized for surviving in public space, faith leaders, lawyers, and others sharing the need to pass this bill and protect our rights. Business representatives, city lobbyists, and others said this bill must not pass because they did not want to see homeless people sleeping by their business, because they did not want lawsuits, and because they believe the laws against resting in public help police connect homeless people to services. The committee members voted with the business and anti-homeless interests and voted down the bill on a 8-3 vote.

After HB 1264 was voted down in committee we got right back to work gathering more questionnaires on the streets, doing research, and presenting with the campaign all over the state. In January 2016 our Right to Rest Act published again: this year as HB 1191. In February 2016 DU Sturm College of Law presented the report we worked with them to produce called Too High a Price: the Criminalization of Homelessness in Colorado.

On February 24 2016 the Right to Rest Act HB 1191 was heard in the Local Affairs committee. The hearing went for over 8 hours with testimonies from over 30 people calling for the Right to Rest and a handful of business representatives, local government lobbyists, and police calling for the continued criminalization of homeless and poor people. In the late night when the bill went to vote the committee voted 5-6 against the right to rest. We were one vote short of passing this committee.

The day after HB 1191 was voted down we got right back to work speaking out, documenting, gathering input, and organizing for our rights. After the massive increase in police harassment and sweeps in Denver since March of 2016 our work and resolve has gotten that much stronger to bring the Right to Rest Act to Colorado. Together with Representatives Salazar and Melton we are reaped up and ready to bring the Right to Rest Act back to the capitol again in 2017… May this be the year where our basic rights to survive our respected in the law… We will continue to stand strong and press on until our rights our respected. 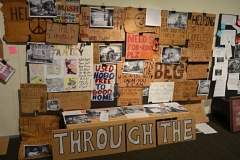 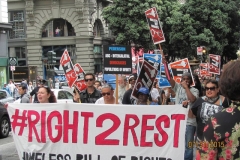 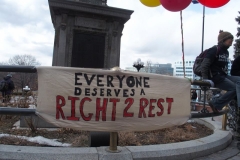 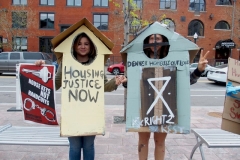 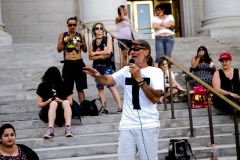 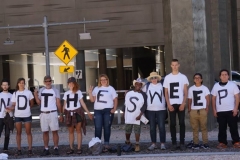 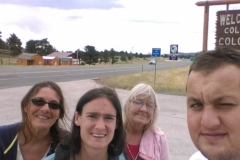 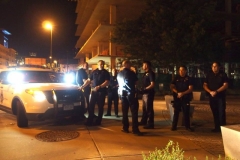 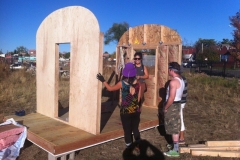 Or see more at the Denver Homeless Out Loud Gallery